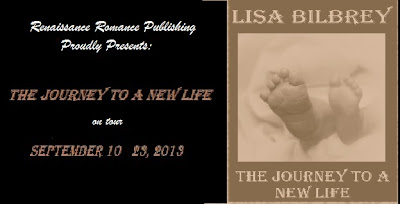 Summary—
Travis McCoy’s journey has led him
down a road of changes where he found the love of his life and their child.
Travis, Penelope, and Max have struggled during their time apart, found their
way back home, and finally tied their lives together as a family. Now, Penelope
and Travis find themselves on a new journey, one that leads them to the
greatest journey of all. 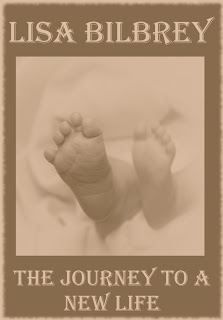 
At the brink
of dusk, Travis held his arm out to Nadine. She smiled and slid her fingers
around his bicep, clutching onto him. They were standing at one end of a
covered bridge in Brandenburg Park, at the base of the Red River Ski Area,
while Russ, Max, and Penelope stood at the other end. They had placed lanterns
and candles along the way to offer a soft, sensual ambiance.
“Are you
ready, Nadine?” Travis asked, looking down at the woman who had captured his
father’s heart.
“More than
ever.” She smiled. The two of them started across the bridge at a slow pace.
In two years,
so much of Travis’s life had changed. After an injury ended his professional
football career, he had come home to face his past. At the time, Travis had
been prepared to fight with his father about the choices he’d made, yet somehow
they had been able to rip off the bandages and expose their wounded souls to
one another. With everything out in the open, Travis and Russ had begun to mend
their tattered relationship and were now closer than they had ever been.
Travis shifted
his attention to Max. He had been the person who brought them all together. Max
had come barreling into Travis’s life with a bounce in his step and a positive
outlook on life that most ten year olds didn’t have. The moment Travis looked
from the boy to Penelope, he’d known Max was his son. At first, he had been
angry that he’d missed out the chance to be a father to Max, but when Penelope
explained why she hid his son from him, he understood.
Travis had
been so wrapped up in achieving his dream of becoming a star football player
that Penelope had been afraid of telling him she was pregnant for fear of him
resenting her for taking away his dream. As much as he had wanted to deny her
claims, Travis couldn’t. He wouldn’t have abandoned her or their child, but he
could admit that a part of him would have grown to resent her for trapping him
in a life that he had never wanted — or that he hadn’t thought he wanted. At
eighteen, he was too dumb to know that he could have had everything.
None of that
mattered now, though. Travis had allowed himself to love Penelope again, to be
the man she’d always known he was meant to become. He became Max’s father,
someone for him to admire and strive to emulate. Travis’s life had endured a
couple of bumps in the road, but in the long run, he was right where he was
supposed to be: on a covered bridge, walking his soon-to-be step-mother down
the aisle so she could marry his father.
“Wow, honey,
you look amazing,” Russ said as Travis and Nadine stopped in front of him.
Travis took
Nadine’s hand and placed it in his father’s. Shifting his eyes up to Russ’s,
Travis told him, “Just love her.”
“I do, boy, I
do,” Russ replied.

Lisa Bilbrey is a mom of three and
has been married to her high school sweetheart since 1996.
Finding a love in the written word, she started writing as a way to express
herself. From the first word she wrote, she’d found her heart and soul. Always
willing to learn, she’s spends much of her time trying to improve as a
storyteller.
In late 2011, Lisa opened
Renaissance Romance Publishing with Michele Richard and Laura Braley.

Rafflecopter code:
The giveaway will begin on September 10th and end on October 1st, to ensure that everyone on the tour has a chance to benefit from its exposure.
a Rafflecopter giveaway

First of all, I need to thank Lisa for always letting me read this as an ARC!  I think she knows how much I have enjoyed this series and I am sad that it is over.  I need to thank Ren Rom for producing some amazing story and keeping me in mind when it comes to reviewing!

As I said above, this series is over.  This story wraps up Travis, Penelope and Max’s little story and becoming a family takes on a new meaning for the three of them.  Although, we got a sneak peek in the epilogue of the first in the series.   You really should read the first three before you read this story.

I have been trying to figure out what to say in this review since I finished this story a few weeks ago, but I still struggle with what to say.  I want to gush about how sweet this story is but I would give it away.

If you enjoy a sweet romance, give the series a shot!  If you like 2nd chance romances, then read this.