REVIEW: Always on My Mind by Jill Shalvis 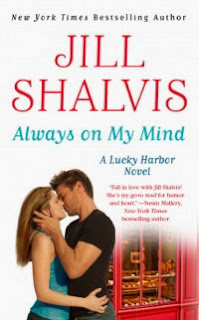 Always On My Mind

There’s nothing like the real thing.
After dropping out of pastry school and messing up her big break on a
reality cooking show, Leah Sullivan needs to accomplish something in
her life. But when she returns home to Lucky Harbor, she finds herself
distracted by her best friend, Jack Harper. In an effort to cheer up
Jack’s ailing mother, Dee, Leah tells a little fib – that she and Jack
are more than just friends. Soon pretending to be hot-and-heavy with
this hunky firefighter feels too real to handle…

No-strings attachments suit Jack just fine – perfect for keeping the
risk of heartbreak away. But as Jack and Leah break every one of their
“just friends” rules, he longs to turn their pretend relationship into
something permanent. Do best friends know too much about each other to
risk falling in love? Or will Jack and Leah discover something new about
each other in a little town called Lucky Harbor?

Excerpt:
Another firefighter stepped up to the griddle to relieve Jack who
loaded a plate for himself and stepped over to Kevin. He flipped the
dog a sausage, which Kevin caught in midair with one snap of his huge
jaws. The sausage instantly vanished, and Kevin licked his lips,
staring intently at Jack’s plate as if he could make more sausage fly
into his mouth by wish alone.

Jack laughed and crouched down to talk to the dog, a movement that
had his shirt riding up, revealing low-riding BDUs – his uniform pants –
a strip of taut, tantalizing male skin, and just the hint of a perfect
ass.

On either side of Leah, both Ali and Aubrey gave lusty sighs. Leah
completely understood. She could feel her own lusty sigh catching in
her throat but she squelched it. They were in the F-zone, she and Jack.
Friends. Friends didn’t do lust, or if they did, they also did the
smart, logical thing and ignored it. Still, she felt a smile escape her
at the contagious sound of Jack’s laughter. Truth was, he’d been
making her smile since the sixth grade, when she’d first moved to Lucky
Harbor.

As if sensing her appraisal, Jack lifted his head. His dark
mirrored sunglasses hid his eyes, but she knew he was looking right at
her because he arched a dark brow.

And on either side of her, Ali and Aubrey sighed again.

“Well look at him,” Aubrey said unapologetically. “He’s hot, he’s
got rhythm, and not just the fake white-boy kind either. He’s also
funny as hell. And for a bonus, he’s gainfully employed. It’s just too
bad I’m off men forever.”

“Forever’s a long time,” Ali said, and Leah’s gut cramped at the thought of the beautiful, blonde Aubrey going after Jack.

But Jack was still looking at Leah. Those glasses were still in the
way but she knew his dark eyes were framed by thick, black lashes and
the straight, dark lines of his eyebrows. And the right brow was sliced
through by a thin scar, which he’d gotten at age fourteen when he and
his cousin Ben had stolen his mom’s car and driven it into a fence.

“Forever,” Aubrey repeated emphatically. “I’m off men forever,” and Leah felt herself relax a little.
Which was silly. Jack could date whomever he wanted, and did. Often.

Sarah’s Review:
So, I have been addicted to the Lucky Harbor series since the summer of 2012.  When they come out, I pounce.  This one came out and I didn’t start it for two days after.  I had it read in two days, including working and internship.  Jack and Leah were introduced in “It had to be you” and I was excited for this story because you could see their mutual like in that one.

I love the two of these characters.  They both had their own problems that they had to work through.  I think that things happen for a reason and when Leah did what she did, it was meant to happen.  While it took Jack off guard, I think that once he got through the initial shock, he was subconsciously glad that it happened.

I finished this book a few weeks ago by the time this posts, but I haven’t been able to figure out what I wanted to say.  There is so much that I love about this book and this series.

Below is Kevin, who is my favorite non-human character! 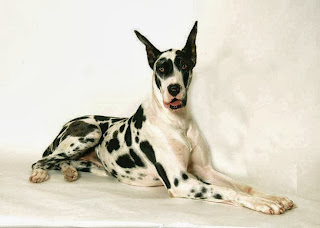