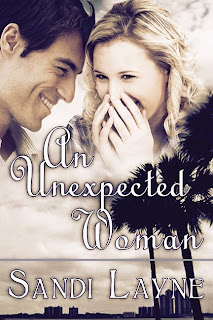 “Put a bow around the woman you want for me, so I’ll know.”
A
paradise for some, Florida is a lonely place for Associate Pastor Dr.
Mark Countryman. Hurt by relationships in the past, Mark wonders if
there is someone out there for him. He asks God to make his will clear.
When
he stumbles over local girl Shelley Roberts while out to lunch one
afternoon, he feels both an attraction to her and the need to guard his
heart. Her chipper and sunny demeanor add brightness to each day he
spends with her, but his track record with relationships keeps him from
fully opening his heart. Their burgeoning relationship is put to the
test when a brewing storm off the Florida Peninsula threatens their
city. Shelley prays for God’s help as she prepares for all
contingencies, while Mark stands firm in his faith in God’s protection.
Excerpt:
It might work
for the people who came to meet her, he reflected as they went in to
worship a while later, but it didn’t work for him. He knew her better
than that, even in the short time they had been acquainted. He cared for
her too much to be content when she so obviously was not. Still, it was
good to sit in church with her. Was it just that she was someone?
Anyone? Someone to share a smile with when Ben said something amusing?
During the worship time and Ben’s Easter sermon, Shelley lost that
strained edge to her smiles. She relaxed, took notes, and exchanged
understanding glances with him in all the right places.
When it was over
and the congregation was shifting to make room for the next service to
enter the worship center, he walked her to her car for that talk. He
didn’t want to let a problem sit and work until he could call her.
Didn’t want to talk about it on the phone, either.
“So?” He leaned on the low roof to her car, wondering how to ask. “Was it too much for one morning?”
She appeared
flustered. That had to be a first. “Mark. Um. I hope I didn’t do or say
anything to embarrass you. I really do. I just—I just didn’t know to be
prepared for that, you know?”
He sighed, closed his eyes, and prayed that the Lord would give him the right words. “Maybe I should have warned you.”
“Warned me? You mean, you knew that would happen?”
“Shelley, it kind
of comes with the territory. I’ve been, ah, hearing from several
sources how much they want to be introduced to my lady friend. I should have told you.”
“But—I’m not. We’re not—Um . . .” Frowning all over her face, she stuttered to a halt.
He took her free
hand in one of his, thankful that she didn’t pull away. “I know. Not
sure what I can do about it now, but I know. And, again, I’m sorry. I
never wanted you to feel uncomfortable.”
She nodded, but
then said, “I wanted to hear your study about James, too. But—But now
I’m not sure if it’s a good idea for me to come. I don’t want to give
anyone the wrong idea. It can’t be helpful for you.”
He hadn’t even
thought about that. “I told you before, no pressure. We’re friends,
right?” For him, it was very important to maintain that. Almost fiercely
so. “I hope a group of well-meaning ladies isn’t going to stop that.”
He had hoped to coax a smile, a real one, and he did. “Yes, we are. I just hope I didn’t cause you any further problems today.”
“None at all, I’m sure,” he told her with a definitive nod.
Still with her
hand in his, she studied his face. He tried to keep it as open as
possible, holding her gaze with his own while she processed whatever she
felt was necessary. And when, finally, her lips curved into a smile and
she stretched up a little to press her cheek to his, as she had before,
he relaxed down his entire middle.
Her breath caressed his ear and he shivered. “Happy birthday, Mark.”
He followed the bright yellow Mini Cooper with his eyes until it disappeared from view.

Author Bio:
Having been a voracious reader all her life, Sandi never expected to
want to write until the idea was presented in a backhanded manner. Once
the notion occurred to her, though, she had to dive in the deep end (as
is her wont) and began by writing historical fiction. She has since
written more than twenty novels—most of which will never see the light
of day.

Sandi has degrees in English and Ministry, has studied theology,
spent years as an educator, has worked in escrow and sundry other
careers, but research is her passion. She won an award for Celtic
Fiction in 2003, but as well as history, she is also fascinated with
contemporary research and has self-published several novels in the
Inspirational Romance genre.

She has been married for twenty years to a man tolerant enough to let
her go giddy when she discovers new words in Old Norse. Her two sons
find her amusing and have enjoyed listening to her read aloud—especially
when she uses funny voices. A woman of deep faith, she still finds a
great deal to laugh at in the small moments of the everyday and hopes
that she can help others find these moments, too.

This story owned me on the night that I read this. I started reading this story later in the day after returning home from the doctor.  Initially, I was drawn in by the blurb of this story.  As I started reading, I was inspired by the faith that both characters have.  What I loved most about this story is that you could see the faith that they have in God.  Faith is a VERY personal thing so finding someone that has a similar level of faith as you, it takes time and patience.  This story gave me hope that I will find someone.

This review is so difficult for me to write because my faith is personal and I don’t want to come across as “preachy” or trying to force my values down anyone’s throat.   It was a simple story about two people falling in love and their faith leading them.