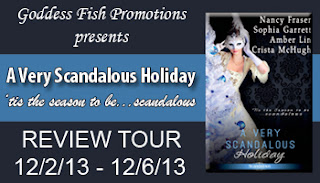 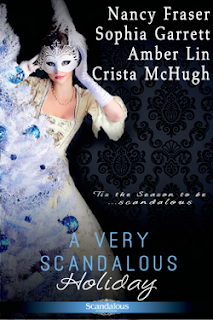 A Very Scandalous Holiday
Includes:
Erin’s Gift by Nancy Fraser
An Eternity of You by Sophia Garrett
Letters at Christmas by Amber Lin
Eight Tiny Flames by Crista McHugh

Letters at Christmas by Amber Lin

After three years at sea, Captain Hale Prescott has the means to marry the love
of his life and his best friend’s sister, Sidony Harbeck. However, she might
never speak to him again. Despite their whispered adolescent promises, he never
wrote her a single letter…at least, none he ever sent.

Erin’s Review:
Feeling jilted and hurt, Sidony thinks she can rebuff Hale upon his return from sea. Hale on the other hand, wagers Sidony she will marry him within 3 days, at Christmas, all he needs to do is prove to her he loves her.
Sidony is stubborn but cannot deny she still loves Hale.  He has changed. He is older, more mature, and yet has the audacity to show up after three years without word.
Hale only wishes Sidony would see everything he did, he did for her. He did to establish a life so he can give her what she deserves.
The reader cannot help but cheer on Hale while sympathizing with Sidony. These two are meant to be, they both just need to get out of their own way first. Wonderful story with wonderful characters and a perfect Christmas setting. 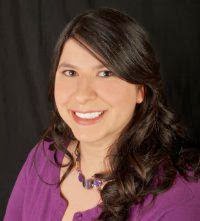 Lt. Ruth Mencher has always secretly admired Capt. Joseph Klein, but it takes
the lighting of a Hanukkah candle to uncover the spark of mutual attraction.
Each night awakens a new facet of their relationship, but as the Battle of the
Bulge begins, the approaching Nazi forces threaten to tear them apart.

Erin’s Review:
In the midst of WWII Ruth is serving her country as a nurse, as a proud Jewess. She has lost family in Poland at the hand of the Nazis and she wants to prove that they cannot strip her faith. Joe, on the other hand, is more reserved. He feels that by practicing his religion openly it is inviting trouble, and he feels it best to lay low.
Joe and Ruth are such a sweet couple. His concern for her when the war hits a little to close for comfort is endearing and her take charge attitude towards him is refreshing and shows fierceness and determination.
One can only hope her father gave them his blessing and they are now, living in Texas with a brood of children lighting the candles on each night during Hanukkah remembering how it all began.

Widower, Seth Harrison, has no intention of falling in love again but will he
be able to resist the sweetness of his son’s nanny, Erin O’Mara—his sister’s
best friend?


Erin’s Review:
Erin O’Mara did not have love in mind when she got arrested with her best friend Abby at an illegal speakeasy. Abby’s brother, Seth, comes to their rescue. Erin is fortunate the judge gives her a warning, but she she lost her job and her home because of the ordeal, after all, proper ladies wouldn’t be caught in a speakeasy.  Seth just happens to be without a nanny and with the insistence of his mother, hires Erin. Erin has a gift with children and her and his young son Ben bond immediately. She also cannot deny her heart flutters every time Seth is near.
After the death of his wife, Seth never entertained the thought of loving again, but Erin ‘s sweet nature is too sweet to resist.
You will fall in love with Seth and Erin. This story is sweet as a sugar plum and the Christmas setting is only fitting for a new beginning for the couple. 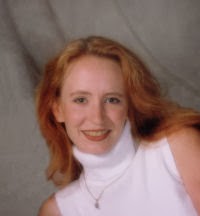 An Eternity of You by Sophia Garrett

The Duke of Sharrington left Rebecca with more than a broken heart six years
ago—he left her with a son. His return rekindles their passion, but only a
Christmas miracle will convince the town surgeon to believe in his promises of
eternity again.

Erin’s Review:
Andrew, the Duke of Sharrington left for reasons only known to him. Rebecca was left pregnant, and only had unkempt promises to remember him by.   The state of the village is diplorable and the people do not trust their Duke. He has been absent for so long, they have learned to deal with things on their own. A freak accident with his daughter brings the Duke face to face with his true love, Rebecca.
Rebecca, now the village surgeon, has a 6 year old son. She is convinced his father, Andrew, wants nothing to do with him. When she is summoned to the big house at the end of the lane she readies herself to face him. She was unprepared for the rush of feelings that would flood her the second she looked at him with his daughter.
This is a beautiful story of second chances. Andrew and Rebecca, even though from different stations in life, are meant to be., and you cheer for them throughout the entire story.  He just has to convince her that his love is real. A wonderful Christmas story with characters you will fall in love with.

Don’t forget to leave your comments! Sophia Garrett will be awarding one lucky commenter a $15 Starbucks gift card during the tour! So get your comments in and Happy Reading! 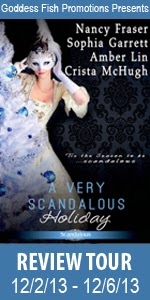 REVIEW & GIVEAWAY: Lest Old Marines Be Forgot by Heather Long REVIEW: Beneath His Stars by Amie Knight