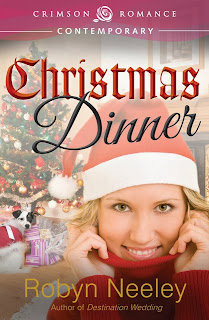 News anchor
Amanda Turner used to love everything about the holidays—the eggnog sugar
cookies, the tacky family Christmas sweaters, and a lawn decorated with so many
multi-colored lights that 747s could land safely. That is until her boyfriend
dumped her in front of the whole town on Christmas Eve. Humiliated, she fled
her small town to start a new life.

Two years
later, she’s finally ready to return to the scene of the emotional crime, until
she learns that her ex is engaged. Now, the only thing worse than going home is
going home single. Tate Ryan, her tall, dark, and arrogant co-anchor, offers to
pose as her boyfriend. There’s one problem, though: they barely like each
other, and he recently scooped her story on live TV. But she needs a ride home
and a boyfriend fast, so Tate will have to do.

As she
watches Tate interact with her family and town residents, fully embracing the
spirit of the holiday season, she starts to see his kindhearted side. She can’t
help but wonder if she was wrong about him. Perhaps he isn’t the conniving
co-worker that she once thought.

And her new
feelings for him would definitely put her on the naughty list.

Tate has his
own agenda for the weekend that includes telling Amanda he’s been in love with
her since the first time they met. He’s ready to reveal all during Christmas
dinner but fate has other plans.

The
mayor of Wilmington was high on top of the naughty list this year. News anchor
Amanda
Turner was going to make sure he received a well-deserved stocking full of coal
to hang in his jail cell.

She
stood in the control booth and reviewed her notes. Minutes ago, her script had
been
successfully uploaded into the teleprompter. She was finally ready to break the
news.

For
months, she had worked tirelessly to expose Mayor O’Malley for mishandling
his
reelection funds. Lavish vacations, special gifts for his wife, and expensive
outings
around
town with local celebrities were just a few ways he spent his supporters’
donations.

His
inexcusable behavior was about to be revealed. Amanda would make sure
that
the honest, hard-working people of Wilmington knew the truth and that WENC news
was on
their side.

Her
producer, Jeff Wakefield, tested out the shot of Jenny Jenkins, a field
reporter
stationed
outside the mayor’s office where the press conference would later take place.

“I’m
ready.” Jenny gave them a thumbs-up signal. “Talk to you soon.”

Jeff
turned to pat Amanda’s back. “Santa Claus certainly came early for us, didn’t
he?”

She
laughed. “Yes, he did.” Busting the mayor had been a long time coming. It was a
real
team effort—with the exception of one particular colleague—her tall, dark, and
arrogant
co-anchor who was now ten minutes late.

Rumor
had it he’d had some fun at the staff Christmas party last night. Not that she
paid
attention to office gossip—nor had she attended the event. She wasn’t a fan of
Christmas
these days. Besides, she was way too busy taking down the mayor.

She
set aside her backup notes and fished out her compact from her purse to check
her makeup one last time. The news station didn’t have a professional makeup
artist for the
on-air
talent, but her assistant, Lacy Cavanaugh, had given her a hand this morning to
make
sure her face was flawless.

Suddenly,
a blue eye appeared in her mirror.

Amanda
snapped the compact shut, crossed the studio to the anchor desk, and took
her
seat. Her eyes zoomed in on his tie. “Seriously?” She pointed to the red and
green
stripes.

“What?”
Tate sat in his chair and spun around.

“Just
trying to be festive. Do you have something against Christmas?”

Amanda
ignored him. She always wore royal blue on Wednesdays, and he knew it.
Lacy
always sent him an e-mail each afternoon, reminding him what color to wear the
next
day. It helped ensure they didn’t clash on camera.

He’d
worn the tie to get a rise out of her. Typical Tate. She smoothed her straight
blonde
hair along her jaw line. Well, it wouldn’t work today. This was her moment, and
nothing
he could say, do, or wear was going to ruin it.

Jeff
stepped up to the desk. “Nice work, you two. You’re quite the dynamic duo.”

“Thanks,”
Tate responded and flashed a smile toward Amanda. “I couldn’t agree
more.”

Amanda
rolled her eyes. It figured Tate would try to take some of the credit. It
really
didn’t
surprise her. No matter. Jeff had agreed to let her break the story.

“All
right. Let’s give the mayor a Christmas gift he can rewind and replay into the
New
Year.” Jeff’s eyes twinkled. “Ho, ho, ho . . .”

“And
I’m Tate Ryan. Your morning news starts right now. Thanks for joining us.”

She
took a deep breath, her expression serious. This was it. Her time to shine. “In
breaking
news—” She paused, waiting for her next few lines to appear on the
teleprompter.

Something
was wrong. Where was the next line? The words on the screen stopped
moving.
The machine appeared to be stuck.

She
looked down at the table and her heart galloped. Her backup notes were not on
the desk. Dammit. She must have left them
in the control room. This couldn’t be happening.
Not
today. Please work. Please work. Improvisation
was not her strong suit. You can do
this.
Say something. “In breaking news . . .” she repeated. That was it; her
voice stalled
out
much like the teleprompter.

Ernie
swung the camera over to Tate.

“An
investigation has uncovered that Mayor Chris O’Malley allegedly used reelection
funds
for personal use. Our Jenny Jenkins is reporting live from outside the mayor’s
office
where a press conference is scheduled for 10 A.M. Jenny, what are you hearing?
Will
the mayor be addressing these allegations personally?”

Amanda’s
jaw dropped. She was unable to comprehend what had just happened. Tate had
broken her story! She motioned for him to toss it back to her, but he either
didn’t see her or didn’t want to. All she could do was listen as Tate fired one
question after another to the reporter. Three minutes later, he wrapped up.

“Thanks,
Jenny. We’ll continue to provide coverage on this explosive story as it
develops.”

The
camera zoomed in on Amanda, snapping her back to the moment. The
teleprompter
was working and running the next few lines. Words originally meant for

Tate,
but were now hers.

Humiliated,
she forced a smile and read the next line. “In other news . . .” 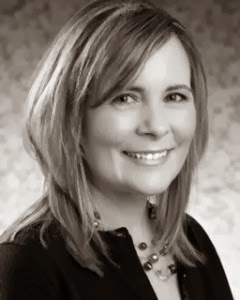 Robyn
Neeley is an East Coaster who loves to explore new places; watches way more
reality TV than she cares to admit; can’t live without Dunkin Donuts coffee and
has never met a cookie she didn’t like. If you have a must read romance
suggestion or a fabulous cookie recipe, she wants to know.

Thanks for having me, Sarah! Happy holidays to you and your
readers!


Sarah’s Review:
Thanks to Robyn Neeley for giving me the chance to read and review this great story.  This story was provided by the author in exchange for an honest review and part of our Christmas promo on the blog.


I have to be honest and say that I completely love this story.  From the very first page to the very last page, I was hooked.  The twist and turns in this story kept me intrigued and I was anticipating what would happen when Tate told Amanda his secret.  However, what happened was not anything that I anticipated.


This story, in my opinion, shows how love can happen at any age, whether you know the person or not.  It also shows that a simple random act of kindness can change someone’s life.

Without giving anything away, this story is one that everyone who believes in love, fate, kismet, divine intervention or whatever else that leads soul mates together should read.

REVIEW: On the 12th Date of Christmas by Nikki Lynn Barrett