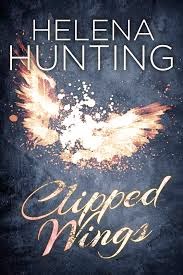 Their body art is hot. Their chemistry is even hotter.


From
her dark hair sweeping below her waist to her soft, sexy curves, Tenley
Page intrigues tattoo artist Hayden Stryker in a way no one else ever
has…especially when she asks him to ink a gorgeous, intricate design on
her back. Yet for all her beauty, there is something darkly tragic and
damaged about Tenley that Hayden is everything.


Covered in ink
and steel, Hayden is everything Tenley has never dared to want,
awakening a desire to explore more than the art adorning his stunning
body. Trapped by a past that leaves her screaming from nightmares,
Tenley sees Hayden as the perfect escape. Although he has secrets too,
if they both keep themselves guarded perhaps their intense physical
connection will remain only that.


But nothing, not even passion, can keep them safe from their pasts…

BN Cracks in the Armor

Kobo Cracks in the Armor

iBooks Cracks in the Armor 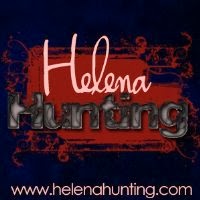 
Bio
Helena Hunting lives on the outskirts of Toronto with her incredibly
tolerant family and two moderately intolerant cats. She’s putting her
English degree to good use by writing popular fiction. She is the author
of Clipped Wings, her debut novel, and Inked Armor.


Sarah’s Review:
Thank you to Netgalley for providing the ARC for this story.  For those
in the Twilight fandom, we are familiar with Helena Hunting’s writing
and CW&IA was a favorite fanfiction of mine.  I was excited when I
found out that she would be publishing and I signed up for the tours as
soon as I saw it.


I am a person that usually doesn’t like reading anything that is overly angsty, but because I had a general idea about this story.  It took me longer than I would have liked to read but with my academic and work schedules, it took me about a week to read since I couldn’t read more than a chapter a day during Monday-Friday.  I read the majority on a Sunday and the rest the following Saturday morning.  After I finished reading it, I called Adri because I had no clue how to write this review.  As a matter of fact, I still don’t know.


The main characters:
Tenley:  I love her.  While she is grieving was happened prior to moving to Chicago, she is stronger than she believes.  She is grieving and the grieving process doesn’t make sense, I think she is strong.  She has gone through hell and she is still recovering from her own injuries as a result of a traumatic event.


Hayden: Oh there is just something about a man with tattoos and piercings that are attractive and sexy.  Maybe it is that false bad boy image that society thinks that the tattoos and piercings represent.  While Hayden has his own demons that he is fighting, he is beginning to realize that he can have a happy life, if he wants it.


Secondary Characters:
I think that the secondary characters are going to have a bigger role in the next book, Inked Armor.  I hope that we will see how the ending of this book will impact the relationships and friendships that are involved thus far.


Well after I got off the phone with Sarah I knew I needed to get in on the action of reading this story… Like Sarah I’d also read the previous fanfiction version and absolutely loved it. So I knew that I could take on the challenge that was reading this new version. (Again thank you to NetGalley for providing the ARC)


Since Sarah’s review focused on the actual characters, I will try and focus on the emotions of the story. Where I can agree with Sarah that it is very difficult to write a review for this story, NOT because it isn’t absolutely fantastic, but because I DON’T want to give anything away.


Where many would consider this a story of angst and hardship, I consider it one of hope and growth. It shows that even though we as humans have faced some hard times you can always make things better. It shows in both characters that with the love and help of others that bad things can be managed. Like in Hayden’s case, even though he’d been through a lot and lost his way for a bit of time, he still found his way back thanks to the help of his friends and family. Something every similar happens with Tenley, though I don’t think we’ve seen her really deal yet with everything she’s been through, but there is a lot of strength in her character as well. Though it is not all sunshine and rainbows TO ME much of this story is not as angst-y as I though it would be. Though their stories of how they ended up where they are, are sad, their ability to overcome those tragedies and look to the future makes it easier.


The only thing I will say negative is that I HATE where Helena Hunting left the story… I so wanted more… The ending left with so many unanswered questions… its almost torture… but this makes me look forward to the next book Inked Armor even more.

I went in to this story blind. I had no idea it was even a fanfic as I’ve never read fanfic-yes I’m a fanfic virgin. After Sarah told me I just HAD to read this, I started immediately and seriously could not put the book down. The characters are amazing, their back stories heartbreaking and the supporting characters are the most eclectic group I have encountered in a long time.
The story mainly focuses on Tenley and Hayden. Both suffering from wounds that cut deeper than the scars on the surface. They are an unlikely pair but you fall in love with them instantly. Tenley is fragile, yet at the same time, strong although not as strong as she could be. Two words to describe Hayden: intense & sexyashell(see what I did there?) Both characters are so desperate for someone to believe in, they actually become their own worst enemy. Blind trust is something neither of them understand. They are each worried the other one will run the minute they find out their past.
To describe their relationship as fragile is an understatement, it is like spun glass that appears strong but could snap at the slightest tension. They are absolutely heart wrenching at times and so intense you want to shout “SLOW DOWN” at others. But you get them, you understand their need for a connection to someone, to something.
Their friends are cool as hell. I especially like Lisa, the 50’s thing is just awesome-only spoiler I will give you. They seem to be exactly what both Tenley and Hayden need. They need people who are going to call them out, be their rock and pick them up when they hit bottom.
I will agree with Adri, I HATE where the book ended, only because I wanted more. So, be ready for a cliffhanger! Don’t say you weren’t warned! Love Tenley and Hayden’s story and we’ll have to wait and see if our questioned are answered in the next installment, Inked Armor. Helen Hunting, you gained a fan with this story, I love it!!!