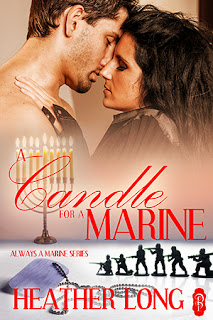 Tormented by the question of ‘what if…’
Home for Hanukkah, Sergeant Isaac Janko has never forgotten the baby
his girlfriend gave up for adoption years ago.  But he didn’t realize
how angry he still was….

More than time separates them….
A chance meeting at Temple brings Zehava Elbaz face-to-face with the
first and only man she’s ever loved. She sees a deep and hidden pain in
him, one she blames herself for…

An invitation to Hanukkah brings them together….
The two must confront their pain and loss. They have only eight days
to face their past, and win each other’s trust, but it is a time for
healing, reconciliation and miracles…

Excerpt
Except this morning, of course. All the shops were locked up tight
for Shabbat. They would open later in the day, after sundown. The
nostalgic throwback reminded him about how home he was. He slowed to a
stop at the edge of the blacktopped playground area to consider the new
center. A fence separated it from the street. The chain-link didn’t
disguise the effort toward cheer conveyed by colorful wall art covering
every inch of the building facade.

The city of Dallas could be seen in the distance on one corner of the
mural, a neighborhood ice cream shop that closed when he was in high
school closer to the front, and a dozen familiar faces made up the
people. Walking around the gate, he frowned at the man depicted in the
bottom right corner. It showed a ramrod straight figure walking away, a
duffle on his back and, upon a closer inspection, he recognized himself.

“It took a year to finish all of it.”

The low-keyed chime of her voice ricocheted to his bones and crumbled
his reserve and determination like so much ash and smoke. Steeling
himself, he slid his hands into the pockets of his shorts and turned.
Despite the cool temperatures, heat flash-fired through him. Zehava
always had that effect on him.

The center was her personal project. He knew that, the reason why
he’d come. He could lie about a lot of things, but not her. She wore a
dark green turtleneck, a lighter, camel-colored jacket, jeans, and a
pair of running shoes. Wariness shadowed her eyes and she had trouble
meeting his gaze. Jaw tight, he couldn’t suppress a flare of triumph at
her discomfort.

“Only projects like this and for some classes I teach here during the
week.” She folded her arms and unfolded them. A part of him wanted to
set her at ease, but he couldn’t quite bring himself to act on it.
Resentment slithered across his skin like a sand rash.

“Well, it’s good work. I’m particularly fond of my place in it. Walking away.” Was that how she saw him? The man who left?

“Not walking away.” She shook her head and her chin finally came up.
“Walking toward the future. Defending our country, and lonely because
you had to leave us to do it. Inspiring because it’s not an easy choice
and even harder to live with. Brave because no one here can truly
imagine what you faced, so we hoped and prayed you’d come home, safe
from hate and harm.”

Uncomfortable with how close her description struck, Isaac dragged
his attention away from her. She’d matured beautifully. The softness of
her features had taken on an aristocratic bearing, but she was too thin,
and her mouth too lush.

“It’s good work,” he repeated. So many words bottled up in his throat
and threatened to choke him. “I should get going.” He gave her a quick,
abrupt smile, the action physically painful, and jogged toward the
fence. The sooner he got the hell away, the better for both of them.


GIVEAWAY: One commenter will be gifted a copy through Amazon.   Heather will choose the winner on November 2nd (or late on November 1st.)

Adri’s Review:
Heather Long has managed to do it again. She’s written a
Marine that will melt your heart with a story that will have you weeping first
from sadness and pain then again from joy. Oh and let me just say… I don’t cry
easily… but this had me pulling out the box of tissues.

Isaac and Zehava have so many unresolved issues at the
beginning that you are saddened by everything they have had to deal with.
Instead of dealing with the pain of loss together, Isaac
blames Zehava for so much of it.  He’s
blinded by anger that he doesn’t see his own faults in the loss of their
relationship 8 years prior.
And on the other hand you have, Zehava, who is so completely
understanding over his anger, but yet very untrusting of not only his feelings
but her own. At one point it’s so hard to just sit there and let her take the
hurtful words that you want to crawl into the book and kick Isaac’s behind and
shake Zehava into doing it also.
Thankfully a couple of our old favorite friends help them
both see how closed off they both are. It also puts them both on the path of
healing, forgiveness and everything Hanukkah stands for.
Hope you run out and get it… its been a fantastic read. Oh
and remember your purchase will help with the Marines Toys for Tots fund.
Happy Reading… Adri
Sarah’s Review:
Thanks to Heather Long and Decadent for continuing to produce wonderful Marine stories.  Each one has a special place in my heart and I have my favorite characters and favorite books, even if they don’t make sense to anyone other than myself.  As you may have figured out, I am a huge fan of this series, but this one is my favorite.   There is something special about this story that hit my heart.  I have been intrigued by this story since Heather first sent me the blurbs for the Holiday collection and I was not disappointed.  I love that Hanukkah was included in the collection.
As an adoptee, I am usually leery about adoption stories. I am a huge believer in adoption and was glad to see Heather write this.  I love Zehava and her understanding of Isaac’s anger but I wanted to smack the hell out of Isaac.  Luckily, our strong friend Shannon was ready to defend Zehava against Isaac’s attitude.  While I understood Isaac’s feelings, I loved that it took our old friend Zach to point out what Isaac was feeling.

“I thought I was over you.”

“You’re not.” It wasn’t a question, because her emotions were so
tangled up between the present and the past. She didn’t know which
feelings belonged where.

“No.” He shook his head and dipped his face closer to hers. “And I don’t think I want to be.”

While there were many parts of this story that *should* have made me cry, this was the only one that caused the tears to actually fall.   This story is truly about how love conquers all and forgiveness can lead to complete healing.