REVIEW & GIVEAWAY: A Family for Christmas by Helen Scott Taylor 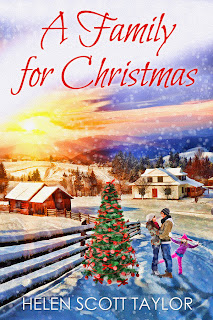 What I love most about this story is how a snow storm, a lamb and a little girl all came together to lead two people to fall in love.  This story gave me hope for the future and that sometimes fate has a way of changing how you view your life.