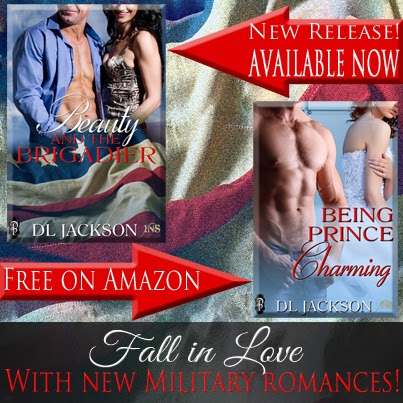 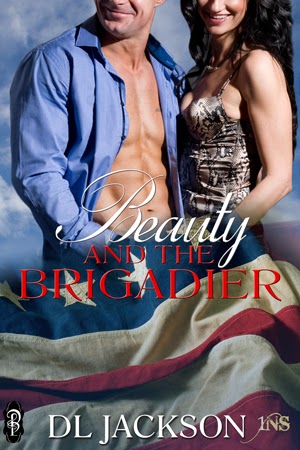 Beauty and
the Brigadier
by
D. L. Jackson
Blurb.
When the Cold War meets apple pie, sparks fly.
Brigadier General Eli Wells
needs a date, but he’s not been out socially since his wife passed two years
before. The lack of a personal life is making him unbearable to be around and
the staff has even begun to call him the beast behind his back.
When he asks his Aide-De Camp
to find him a date for a special party, his best friend—and post commander
overhears the conversation and sees an opening to help Eli out of his slump.
Together, the lieutenant and major general enlist the help of Madam Eve in
hopes that Eli will agree to the setup. Heaven knows, someone needs to get him
to relax.
Anya Volkov’s modeling days
are over. At the suggestion of her former agent and only friend, she elects to
try an internet dating service called 1Night Stand. The first time she meets
General Eli Wells, she knows he’s everything she asked for and more, but he
also seems to be holding back and testing her. Can she get him to loosen up and
take a chance, or will the date be over before it starts?
Beauty and the Brigadier
Military Fairytales
Amazon | Barnes & Noble
| All Romance eBooks | Decadent
About the Author:
D. L. Jackson is an award-winning
author of urban fantasy, science fiction, military romance and erotic romance.
She loves to incorporate crazy plot twists, comedy and the unexpected into her
worlds. As a U.S. Army veteran, she naturally adores men in uniform and feels
the world could always use more. She does her part by incorporating as many sexy
soldiers in her novels as she can. When she isn’t writing or running the roads,
you can often find her online chatting with her peers and readers. Grab a cup
of iced coffee, pull up your virtual chair and say hi. She loves emails and
blog visits from her readers.

Contact Details:
Website:
www.authordljackson.com
Email:
dlareejackson1@gmail.com
Facebook:
D L Jackson Author
Twitter:
@Dlaree69
Enjoy
the following excerpt for Beauty and the Brigadier:
Eli saluted back. “We have a special visitor today, Sergeant Major
Danners. Would you put the troops at parade rest while I retrieve her?”
“My pleasure, sir.” He saluted again.
Eli returned it and headed for Anya.
Danners did another about face. “Parade rest!”
Off to the left, beside Lieutenant Winters, stood his date, dressed in
gray shorts and a standard issue Army T-shirt. A size too small with the way it
stretched over her breasts, but he wouldn’t complain. Her legs practically
stretched to the sky. Anya wore her curves with confidence, demonstrating she
couldn’t care less about looking like the typical, bag-of-bones model. She
sported an hourglass figure, with softness where it belonged, and her face—her
face could be an angel’s.
She didn’t appear the least out of place. He strode over to her, taking
her hand. “Ms. Volkov.” He kissed her knuckles. “I’m General Eli Wells, your
date.”
“Nice to meet you, Eli.”
He tucked her hand through the crook of his arm and walked her in front
of the formation.
“Attention,” Danners commanded and did an about face. They exchanged
salutes again and the sergeant major turned the formation over, taking his
place on Eli’s left.
“This is Ms. Volkov, a celebrity. She is my guest for the day and will
be running PT with us this morning.”
“Hu-ah,” the troops barked back. He smiled. They sure as hell were
showing a lot of enthusiasm today, but who could blame them. Even at fifty, the
woman was drop-dead beautiful and eye candy.
“Treat her with courtesy, but show her how we do this in the Army.”
“Yes, sir!”
He turned to the old non-com. “They’re all yours, Sergeant Major.” He
saluted and Eli returned it one last time. While Danners began to lead the unit
through stretches, Eli turned to Anya. “You ready to run four miles?”
“Excellent. I thought I’d miss out on it this morning.”
“You run?”
“You could say so, General Wells. Try to keep up.”
He raised a brow. “Why, Ms. Volkov, a challenge?”
“You bet your combat boots it was. Please, call me Anya.”
“Right face,” Danners called and the unit turned. “Forward—march! Your left,
your left, your left right left.”
“You better be sure of yourself, Anya. Last
chance to drop out before we set the pace for this unit.”
“I never back away when I want something.” She winked and gave him a hip
bump. A freaking hip bump. God—not what he’d expected at all. Maybe he’d enjoy
this date after all.
“Double time—march!”
GIVEAWAY RUNS THROUGH JANUARY 22ND, 2014

Sarah’s Review:
Thanks to D.L. Jackson and Decadent Publishing for an ARC of this great
story.  I have been a fan since Cinderella Wore Combat Boots and each
one gets better.   I asked Ms. Jackson if she would be willing to give a
copy away and she said that she would give all three away; Cinderella
Wore Combat Boots, Being Prince Charming and Beauty & the Brigadier.

Oh man, this story was my favorite.   There is something about more mature characters that win me over.  General Eli Wells, being 58, needs to find a date to his Godson’s swearing in and Madame Eve does her usual work and knocks it out of the park.  Anya Volkov is more than a pretty face and Eli has a huge surprise coming to him.  When Anya’s secret is revealed, Eli is absolutely amazing about it.

I love that Eli wanted to challenge Anya and see if she could keep up.  When they place a wager on it, things get sexy!  I loved reading it!  These two are so sweet together!