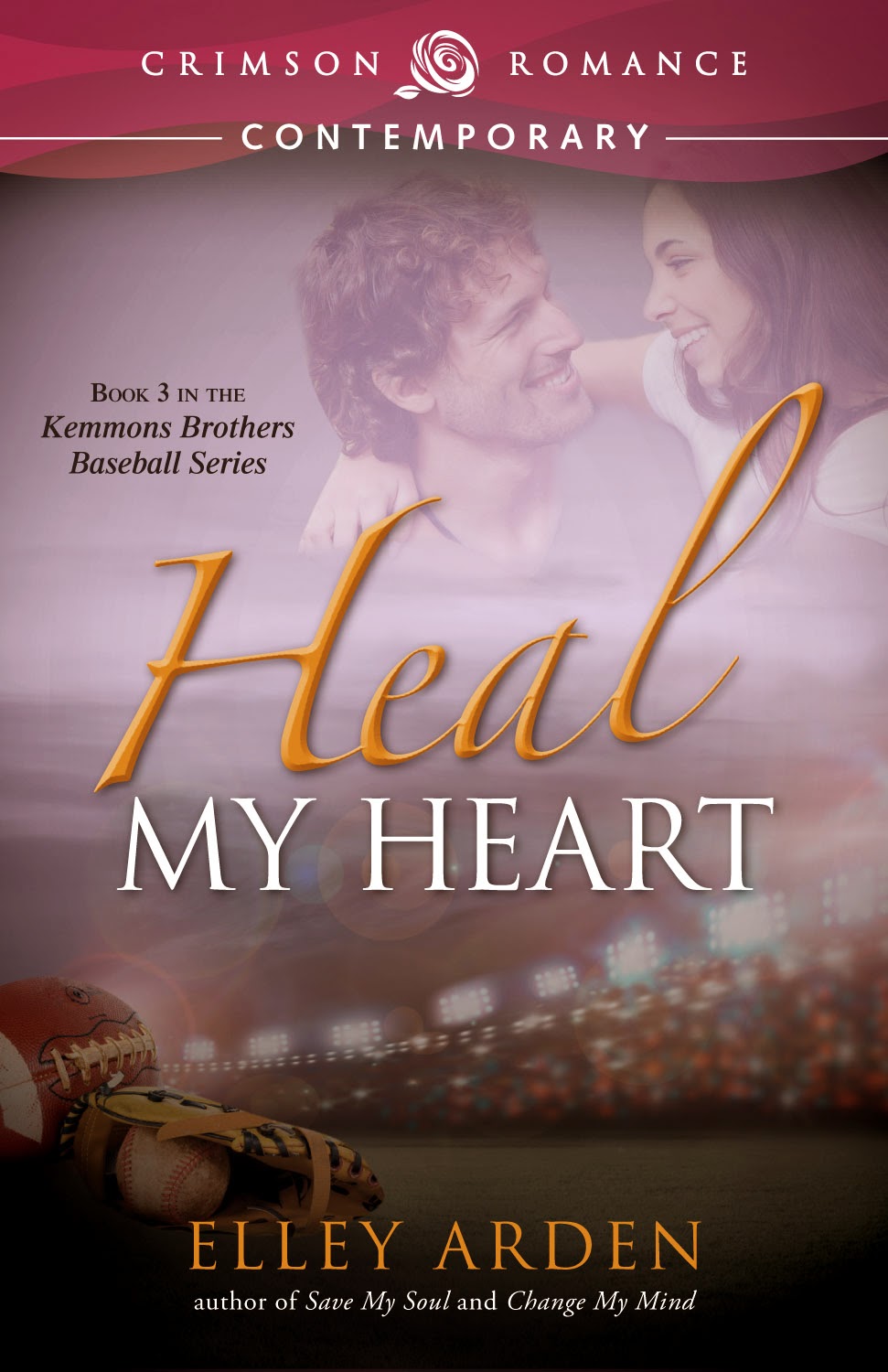 Contemporary Romance
Date Published: 3/10/2014
Book Three in the Kemmons Brothers Baseball Series (Can be read as a Stand Alone)
Female professional football quarterback MJ Rooney has her
eye on the prize, a record-breaking, championship season. Sure, it would be
nice to have family support, but she believes in herself, and she has her
teammates. That’s all she needs to win … until a scuffle at a baseball game
sends her over the railing and onto the field with a concussion that threatens
her season.

Dr. Tag Howard isn’t a baseball player like his
brothers, but that doesn’t mean he can’t contribute to the game. He’s poised to
become Major League Baseball’s go-to sports medicine doctor if he can
rehabilitate Gold Glove Centerfielder Grey Kemmons, who happens to be his
estranged brother. It’s a lot to take … until an unorthodox angel crashes into
his life with a concussion and a fresh perspective.

MJ doesn’t need a man. She needs a championship
ring. Getting messed up with a sexy, doctor and his family baggage isn’t going
to get her there. But the attraction is undeniable, and there’s surprising
freedom from expectations in each other’s arms … until Tag’s brothers want a
reunion that requires him to own up to his ugly past, and MJ’s season teeters
amidst the distractions. Would life apart be easier?

Elley Arden
Elley Arden is a born and bred Pennsylvanian who has lived as
far west as Utah
and as far north as Wisconsin.
She drinks wine like it’s water (a slight exaggeration), prefers a night at the
ballpark to a night on the town, and believes almond English toffee is the key
to happiness.

BUY LINKS
Amazon – http://www.amazon.com/Heal-My-Heart-Brothers-Baseball-ebook/dp/B00IPSCM4G/ref=sr_1_1?ie=UTF8&qid=1394469759&sr=8-1&keywords=heal+my+heart
Excerpt:
M.J. watched as people passed the open door to her exam
room. Some looked in and smiled, but she couldn’t manage to muster the strength
to smile back. In fact, she was just about to get up and close the door when a
handsome man in a white coat passed. They made eye contact for a brief second
before he disappeared in the same direction the nurse had.
But then he was back.
“You,” he said, smiling.
It was a wonderful smile, bright and white, balling his
cheeks and squinting his eyes, defining his chin with a sexy v-shaped crease.
“Me?” M. J. questioned.
He stepped into the room, wearing the same smile along with
a pale blue dress shirt and crisply pressed gray pants visible from the split
in his white coat. “You don’t remember me, do you?”
“No.” One word was a better bet than letting her incredulity
slip out amid a full sentence. If she’d met a man like that before, she’d
certainly never forget him.
“You’re Miss Rooney, aren’t you? I examined you on the field
after you fell.”
M. J.’s jaw dropped. “Oh,” she managed, despite the
embarrassment heating her face. If she didn’t remember him, God only knew what
she’d done or said during their exchange. She wasn’t exactly mealy-mouthed.
“How are you feeling?” He tilted his head and rolled his
gaze over her, a hint of that smile lingering in his beautiful hazel eyes.
Physically? “Better.” Mentally? Like a fool, because she was
trying to place him, but nothing that happened after she toppled over the
railing and before Felicia arrived at the hospital made sense. And now she was
gawking at this crazy-attractive man.
“How’d you end up at Fellows’ clinic?”
“Dr. Ridge.” She matched the tilt of his head with her head.
“He’s my team physician.”
Dr. Sexy’s eyes widened. “Which team?”
“Clash,” she said without hesitation, maybe even a little
too fiercely. She’d just been laughed at too many times to count.
When he chuckled, she wanted to slap him, but he looked so
damn good doing it.
“Now it makes sense,” he said. “You told me you belonged on
the field when I asked how you got there, and then you asked if you’d been
sacked.”
He wasn’t laughing at the fact she played football?
Interesting.
“Knock, knock.” Dr. Ridge stood in the doorway. “Go find your
own patients,” he directed at Dr. Sexy. “Better yet, go get some pizza before I
finish it off.”
Dr. Sexy smiled again as he nodded, exuding a nonchalance
that had M. J.’s muscles bunching, bracing against the attraction.
“Miss Rooney,” he said. “It was nice to see you again.”
It was, wasn’t it? Even if she didn’t remember seeing him
the first time.

Sarah’s Review
Thank you to Reading Addiction Blog Tours and Elley Arden for the chance to read this story.  I had never heard of this series and probably wouldn’t have had I not received an invite to tour this book.  I will be getting the other two books soon.

I really enjoyed that M.J. was the sports player instead of the male character.  It was different, but that made the story more enjoyable for me.  I felt for M.J. in the her family was not supportive of her and her choice to play profession football.

Tag is one of the doctors that was at a baseball game M.J. was at before there was an accident involving M.J. and he responded.  We learn that Tag is the brother of two famous baseball names.  We learn about the family history that separated the brothers and how they got back in contact.

When two people have family problems that are unresolved, it can take a toll on any new relationship.  What happens when hypocrisy from one leads to the realization of that hypocrisy?   Well, read and find out!