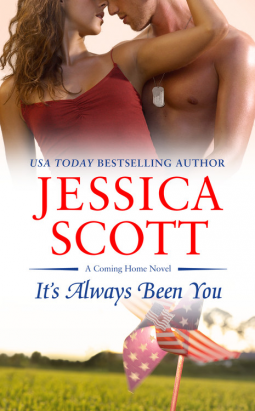 She plays by the rules . . .
Captain Ben Teague is many things: a tough soldier, a loyal friend, and a
bona fide smart-ass. He doesn’t have much tolerance for BS, which is
why he’s mad as hell when a trusted colleague and mentor is brought up
on charges that can’t possibly be true. He’s
even more frustrated with by-the-book lawyer Major Olivia Hale. But
there’s something simmering beneath her icy reserve-and Ben just can’t
resist turning up the heat . . .
. . . and he’s determined to break them
The only thing riskier than
mixing business with pleasure is enjoying it . . . and Olivia can’t
resist locking horns-and lips-with Ben. He’s got more compassion in his
little finger than any commander she’s ever
met, a fact that makes him a better leader than he realizes. But when
the case that brought them together awakens demons from Olivia’s past,
she will have to choose between following orders-or her heart . . .

About Jessica Scott:
USA Today bestselling author Jessica Scott is a career
army officer; mother of two daughters, three cats and three dogs; wife
to a career NCO and wrangler of all things stuffed and fluffy. She is a
terrible cook and even worse housekeeper, but
she’s a pretty good shot with her assigned weapon and someone liked
some of the stuff she wrote. Somehow, her children are pretty
well-adjusted and her husband still loves her, despite burned water and a
messy house.

She’s written for the New York Times At War Blog, PBS Point of
View: Regarding War Blog, and Iraq and Afghanistan Veterans of America.
She deployed to Iraq in 2009 as part of Operation Iraqi Freedom/New Dawn
and has served as a company commander at Fort
Hood, Texas.

She’s pursuing a PhD in Sociology in her spare time and most recently, she’s been featured as one ofEsquire Magazine‘s Americans of the Year for 2012.

Sarah’s Review:
Thanks to Netgalley for providing the ARC for this great story.  Thanks to Jessica Scott for continuing to write stories that bring issues within the Military to light.  I respect the way she brings the reality to life in a way that you don’t want to ignore the problem.  What she writes about is what I want to do with my career.

I was glad that we got to know more about Major Olivia Hale since we have seen her in previous books and I wanted to know more about her.  Olivia has a passion for her job and her past makes that passion for her job hit close to home in some cases.  Olivia has walls protecting her heart but some how Captain Ben Teague finds a way over those walls.

Captain Ben Teague is thrust into command and has to clean up the mess that was not taken care of by the scumbag Marshall (YUP, I don’t like Marshall).   When an event involving one of his soldiers and his friend, who also saved his life, threatens everything he thought he knew about his friend.  While Ben adamantly stands by his friend and knows that there has to be an explanation for what happened, Ben begins to questions what he thought he knew.

In this story, Jessica Scott tackles issues of addiction and TBI (traumatic brain injury).  How she tackles these subjects is a reality that people don’t know about unless they are involved in it.  I am with me being a Social Worker.