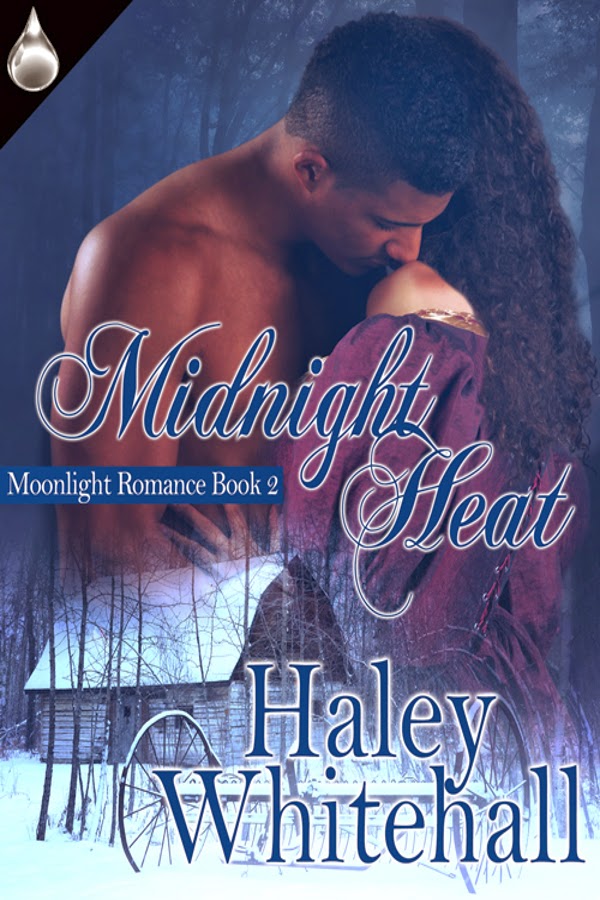 Living in St.
Louis, Missouri is a nightmare for Allison. It is 1868, but for her slavery
never ended. After enduring years of abuse, she reaches her breaking point. She
sees a fiery death as her only escape. She did not expect to live through the
night, but George came to her rescue and changed her plans. Now she has a chance
to fulfill her dream of falling in love and having a normal relationship with a
handsome black man. But will he accept her with her baggage and the dark
secrets from her past?

At eighteen, George is ready to make his own way
in the world. He leaves his brother’s farm and gets a job as a roustabout.
Working on the Mississippi River gives him the freedom he craves. Going ashore
one night he sees a shack along the waterfront on fire. He never expected to
find a beautiful colored woman trapped inside. Protective instincts kicking in,
he instantly wants to be her man and take care of her.

Will he be able to gain her trust and love or
will the memories of Allison’s painful past burn their relationship to cinders
before it has begun?

Excerpt
“I saved a good spot for us,” he said, motioning for
her to follow him.

A spot for us? He freely threw around the supposition they were together—which
they weren’t. Still, she didn’t protest. She wasn’t sure she wanted to be
closer to him, but she knew she didn’t want to push him away. They picked their
way around the maze of barrels and crates, and poor and colored passengers to
an area surrounded by cotton bales.

“Some privacy,” he said, a glint in his eye.

Why did they need privacy just to sleep? She gulped air. Or did he have
something else in mind?

He lay down first and then patted the deck next to him. Sleep weighed heavily
in his brown eyes, but the light remained. Was he happy because of her?

She sunk to her knees, her back to him.

He reached up and massaged her shoulders with just the right pressure. “Ah,”
she said, “keep going.”

“Yes, ma’am.” She couldn’t see his face, but she could hear the smile in his
voice. “You’ve been ironing a long time. You’re tight.”

“Yes,” Allison said. George worked his way from her shoulders down her back.
She should tell him to stop. She didn’t know where this would lead, but it felt
so good. Instead of telling him to keep his hands to himself she whispered,
“Thank you.”

There George was again. Having a conversation with her where he barely said a
sentence. Of course she wasn’t much for making conversation either. She didn’t
know what to say, didn’t know how to express her feelings. Good grief, she
didn’t even understand her feelings.

George finished her back rub and scooted away from her, giving her space. His
shoulders probably ached, too. Lifting crates and barrels all day was hard
work. He’d seemed pleased though when they returned from seeing Mrs. Brown and
said they had hired a new fireman. He took simple satisfaction in being a
roustabout.

Shifting her shoulders, she twisted her back and felt all the tension drain
away. No more knots. She stood and George quirked an eyebrow.

“Don’t worry, I’m not going anywhere,” she said in a playful tone. She knelt
behind him and reached for his broad shoulders.

“Allison, you don’t have to. I didn’t expect an exchange.”

She laughed. Silly man. All men expected something for themselves even if they
didn’t admit it. “You need a massage, too. And I’m happy to help.” She paused,
working her way from the outside of his shoulders to the middle between his
shoulder blades. She had never seen a man so toned. Through his coarse cotton
shirt, she felt the definition of every muscle. “Were you praying a minute
ago?”

“I guess.” George hesitated and wetted his lip. “I always wish to see my mama
again. I don’t even know if she is alive.”

Allison frowned, feeling his pain. For being such a strong man he had a gentle
soul—and kind eyes. “I’m sorry about your mama.”

“It’s all right. I know you don’t want to, but I don’t mind sharing my past.”

She took her time massaging his back. His heat nearly burned her fingers, only
a little fabric separating them from his skin. Her hands dropped lower, closer
to his waist and he sighed. It was tempting to reach around and touch his
front, to feel his chest.

As it was, her folds moistened, her body betraying her attraction. This close
proximity sent a lightning bolt straight to her core, waking every sleepy
nerve. She stopped before she caved and took it too far. Lying on her side next
to him, his chest was less than an inch from her back. He didn’t touch her, but
Lord she wished he did.

GIVEAWAY: Haley Whitehall is giving a copy of Midnight Heat away to one lucky commenter who answers this question: What is the most difficult thing you’ve done for love?  Please make sure that you leave an email to be reach at.

Thanks to Haley Whitehall again, for reaching out for a review on the first one of this series. This is the second book in the series and it is about Frederick’s brother George.

George decides it is time to leave his brother’s farm and go out on his own.  After he leaves, he happened to be in the right place at the right time and saved Allison’s life.  The journey that George and Allison face and take is one that had me rooting for the two of them even more than I thought.

My heart broke at some points for the two of them but every couple goes through trying times in their relationship at some point in time.