REVIEW & GIVEAWAY: On the Fly by Katie Kenyhercz 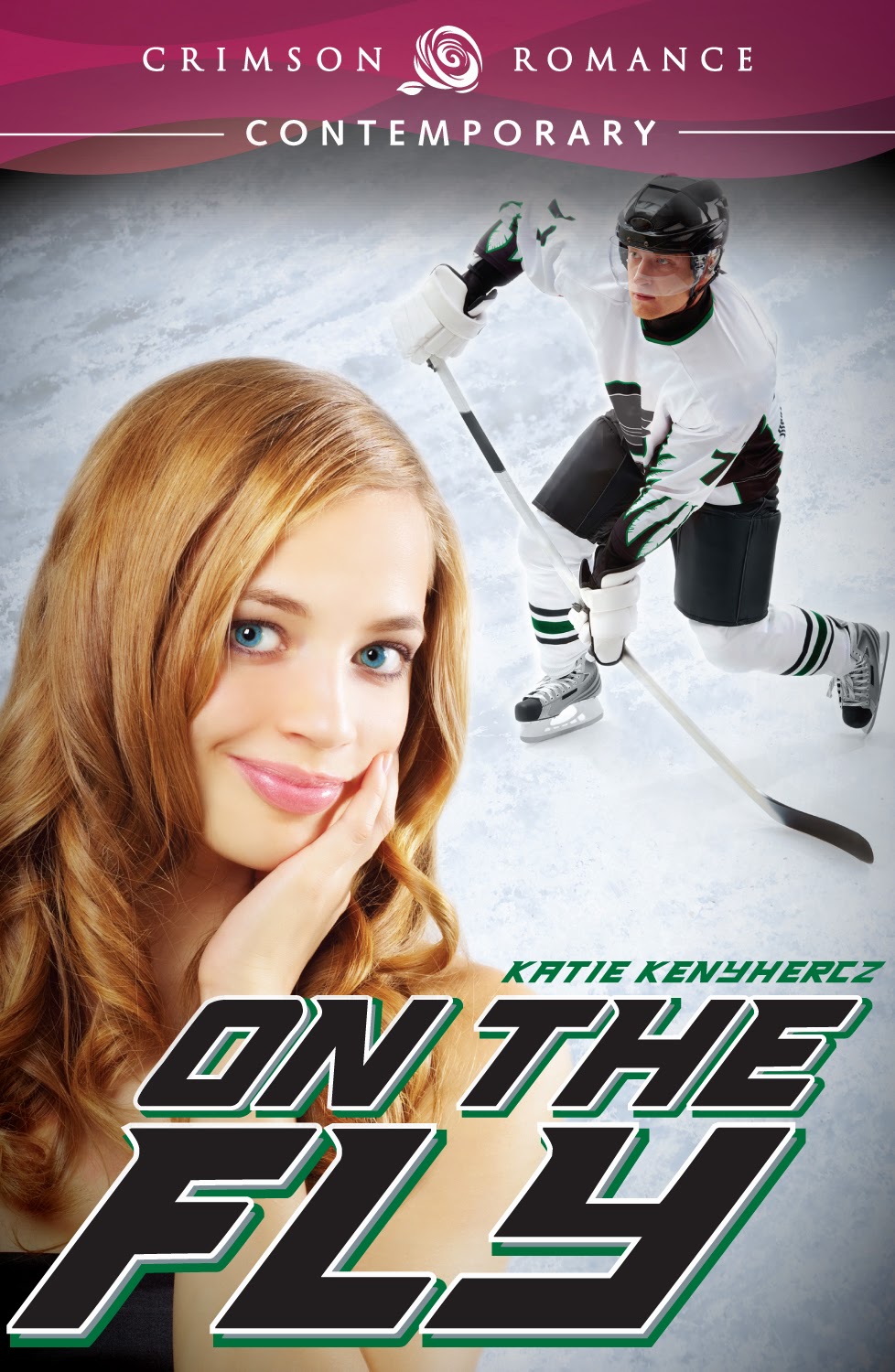 Jacey Vaughn has a newly minted MBA when her father dies unexpectedly
and leaves her his NHL team. Well-versed in business but not so much in
hockey, Jacey navigates this new world with a few stumbles. She
definitely doesn’t plan on falling for the team captain. At the first
hint of scandal, a local Las Vegas reporter latches on, and Jacey finds
herself in the newspaper with headlines that hurt instead of help.
Jacey’s determined to keep her father’s legacy alive and make the team
successful, but while she has no problem denying her feelings to the
media, she can’t lie to herself.

Carter Phlynn has known nothing but hockey his entire life. Drafted
into the NHL at age eighteen, winning the Stanley Cup is all he’s ever
wanted. Nothing has ever disrupted his focus. Not until he meets his new
boss. Jacey gets under his skin like no one else, and while dating the
team owner would be a disaster for his career and reputation, he can’t
get her out of his head. Carter has never had a relationship last more
than a month, but the more he’s around Jacey, the more he can’t picture
his future without her.

GIVEAWAY:  For an e-copy of this book from the author,  what do you enjoy most about sports romances?

Sarah’s Review:
Thank you to
Katie Kenyhercz for reaching out for a review.  I have been sitting on this one for a while, but I finally read this on Memorial Day here in the States.  I had been waiting to read this one until after I had finished Graduate School and boy am I glad I did.  I love hockey romances almost as much as I love watching Hockey!


Right from the start, Jacey and Carter have a bit of sexual tension between them.  They shouldn’t because Jacey is the owner of the team that Carter plays hockey for.  Carter turns down an offer to another team when he meets Jacey and his agent doesn’t understand why.  Frankly, neither did Carter or his best friend and fellow teammate.

When a reporter starts making a name for herself at the expense of Jacey, Carter, and the team, she puts herself out there to out an end to it.  That is until the reporter uses her connection to Jacey’s brother and causes the NHL and other team owners to call an emergency meeting to determine what to do about this situation.  Afterall, there isn’t a woman owned team that isn’t backed by her husband.

It has been a while since I was captivated by a sports romance that way I was with this one.  I look forward to more book by this author!