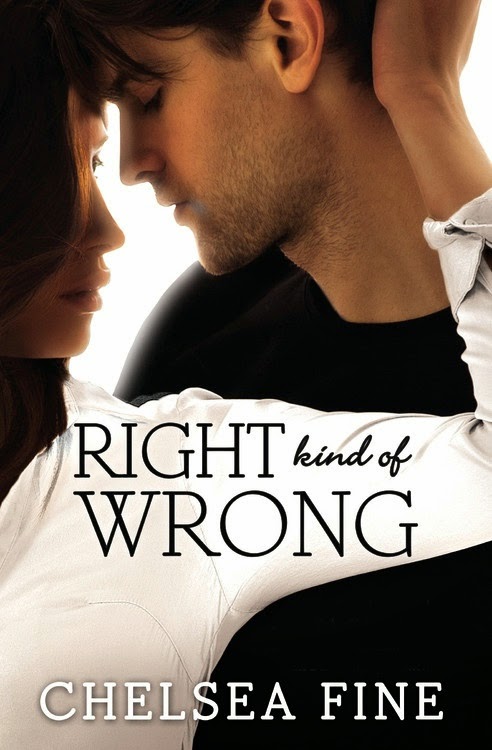 Praise for Best Kind of Broken:

“By turns humorous and heartbreaking, Best Kind Of Broken has become one of my favorites!” —Cora Carmack, New York Times bestselling author

“Tangled with friendship, history and heartbreak – not to mention a huge dose of humor – Chelsea Fine’s New Adult novel is not to be missed! Beyond an incredibly HOT read, Pixie and Levi’s longing for each other will have you rooting for them till the very end.” — Jay Crownover, New York Times bestselling author of Rule

“Chelsea Fine’s style is witty, visceral and fresh. All I wanted to do was crawl inside this book and live with the characters. ” —Chelsea M. Cameron, New York Times bestselling author

Sometimes wrong can feel oh so right . . . Jenna Lacombe needs complete control, whether it’s in the streets . . . or between the sheets. So when she sets out on a solo road trip to visit her family in New Orleans, she’s beyond annoyed that the infuriatingly sexy Jack Oliver wants to hitch a ride with her. Ever since they shared a wild night together last year, he’s been trying to strip away her defenses one by one. He claims he’s just coming along to keep her safe-but what’s not safe for her is prolonged exposure to the tattooed hottie.

Jack can’t get Jenna out from under his skin. She makes him feel alive again after his old life nearly destroyed him-and losing her is not an option. Now Jack’s troubles are catching up to him, and he’s forced to return to his hometown in Louisiana. But when his secrets put them both in harm’s way, Jenna will have to figure out how far she’s willing to let love in . . . and how much she already has.

The way I felt about Jenna used to piss me off. I’ve never been one to need or even

want a girl messing up my life. Just the opposite, in fact. The Lone Wolf role suited me well

and I was perfectly content with my world of solitude. But Jenna came along and twisted

everything up. She turned me inside out and made me feel complete in a way that made no

sense. I fought the sentiment, of course. There’s no room for anyone in my messed up life—

especially not a wild, stubborn, reckless girl like Jenna.

But fighting proved futile, and somewhat self-destructive, so I did what all good

leaders do when they realize losing a battle could mean winning the war: I surrendered. Not

to Jenna, exactly, but to the way she made me feel. It’s not a pretty or romantic thing. It’s a

truth with scars and holes—and it commands me completely.

Does that make me weak? I used to think so. But then I see Jenna, still in the throes

of a battle I’ve long since succumbed to, and I wonder which of us is stronger. Which of us

sleeps well at night and which of us tosses in the moonlight.

will not do in order to achieve. And on that, I know exactly where I stand.

Watching Jenna across the inn’s lobby, I take a deep breath and prepare for round

two of what is sure to be a memorable—if not fatal—road trip back home.

Complete agitation covers her face as she whips around with narrowed eyes and yells,

“God!” she exclaims, thrusting her arms up again.

The look on her face is priceless. I could do this all day. I might, actually.

Wagging my eyebrows in an inappropriate manner, I slip back outside and let the

A moment later, the inn door flies open and Jenna stomps down the porch steps to

meet me by the car. I quickly shove my phone in my pocket, wanting to put as much distance

as possible between my present circumstances and the mess waiting for me back home, and

climb into the car at the same time she does.

She’s huffing and puffing and cursing under her breath like a spoiled teenager, but

when her eyes finally flick to mine there’s no hostility there, just impatience.

“You’re paying for all the gas,” she says, sliding a pair of dark sunglasses over her

golden eyes. “And I mean every single drop.”

I lean back in the passenger seat, repressing the joyous satisfaction I feel at the

haughtiness on her face. “Yes, ma’am.”

the country. And then some.

Opening my car door, I slide into the driver’s seat, turn to put the key in


“Ahh!” Jumping back, I thwack my open palm against the gigantic body of


pure muscle seated in the passenger seat. “Dammit, Jack! You scared me!”


“What are you doing in my car?” I snap, throwing him some serious stink


“I’m going with you to Louisiana.” He nods to a large duffle bag in the


He crinkles his brow. “I’ve never understood that phrase. But okay. I’ll go


“Oh, Jenna.” He clucks his tongue. “This will be good for both of us.


Listen.” He casually leans against the passenger window and pierces me with


his gray eyes. “For reasons beyond my control, I need to go back home. And for


reasons beyond your control, so do you. And since our ‘homes’ are right next door


to one another, I figured we’d carpool to Louisiana and you can just drop me off


at Little Vail on your way to New Orleans.”


forward and soak it in. I hate me.


He shrugs. “You get some company on the road.”


I nod with a clenched jaw. “And you get a free ride.”


His smile grows and I instantly realize that was the wrong thing to say.


I can’t afford to spend any excessive time with Jack. Not just because we


fight, but because of what happened last year. It was one crazy night when we


were both drunk, and we never spoke of it after the fact, but our “friendship” has


been tense ever since.


“Sure you do,” he says easily. “Everyone needs company.”


God I hate him. But not really.


God I hate that I don’t hate him.


I jut my chin and stare him over. “Fine. If you won’t remove yourself…”


Exiting the car, I stomp around the hood to his door, yank it open, and wrap my


hands around his bicep. Then I start pulling.


He doesn’t budge. Like, he literally doesn’t move an inch as I tug at his


furniture and not a human being.


His eyes dance as he watches my struggle. “What’s your plan here, Jenna?


Haul me out of the car and leave me in the street?”


“Well, that doesn’t sound friendly at all,” he says, flicking the lever to


recline to seat a bit so he looks even more relaxed than before.


I try pulling him out again, to no avail. He’s giant and solid, and honestly,


just touching him is turning me on.


I drop my hands and glower at him. “You can’t just tell me that you’re


coming along on my road trip.”


He cocks his head. “Would you feel better if I asked?”


“Jenna.” He leans forward and his gaze bores through me, down into


the deepest parts of my being. “Will you please let me join you on your trip to


For a moment, I’m lost in his eyes, debating with myself. I don’t trust


myself around Jack. Not at all. But I did spend half the night tossing in my sleep


be so bad after all. Maybe.


Pulling back, I straighten my shoulders and relent, like usual when it


talking,” I say, hoping I haven’t just made a huge mistake.


He grins and I turn away. 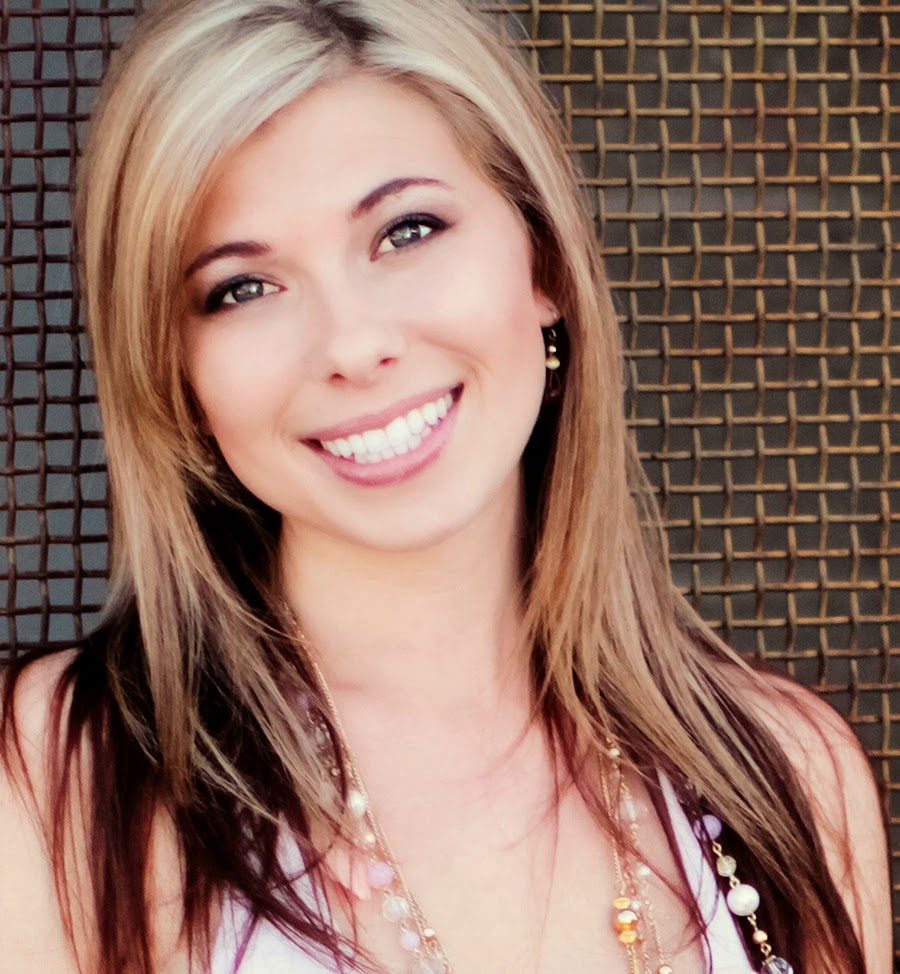 About the author:
Chelsea lives in Phoenix, Arizona, where she spends most of her time writing stories, painting murals, and avoiding housework at all costs. She’s ridiculously bad at doing dishes and claims to be allergic to laundry. Her obsessions include: superheroes, coffee, sleeping-in, and crazy socks. She lives with her husband and two children, who graciously tolerate her inability to resist teenage drama on TV and her complete lack of skill in the kitchen.


First of all I want to thank Forever (Grand Central Publishing) and NetGalley for providing us with a copy so we could bring you this review.

I have been lucky enough to read each and every book so far in this series and have to say that each one is different but just as fantastic. The one thing with this one that I enjoyed the most was the fact that Jack had a dark past but worked his whole life to live in the light. He didn’t let things from his past or his family define him and shows Jenna a completely different side of himself. I also really liked Jenna and her open-mindedness and didn’t judge Jack because of his past. This story really did have a LOT of unresolved sexual tension but once these two finally give in, well Jenna finally gives in, they are great together.

It is such a great combination of emotions and events that take place during this book. There is lots of excitement, dark thoughts, doubt, but most of all LOVE. I thank Chelsea for bringing us more in this series and I look forward to hopefully getting Ellen’s book in the near future.