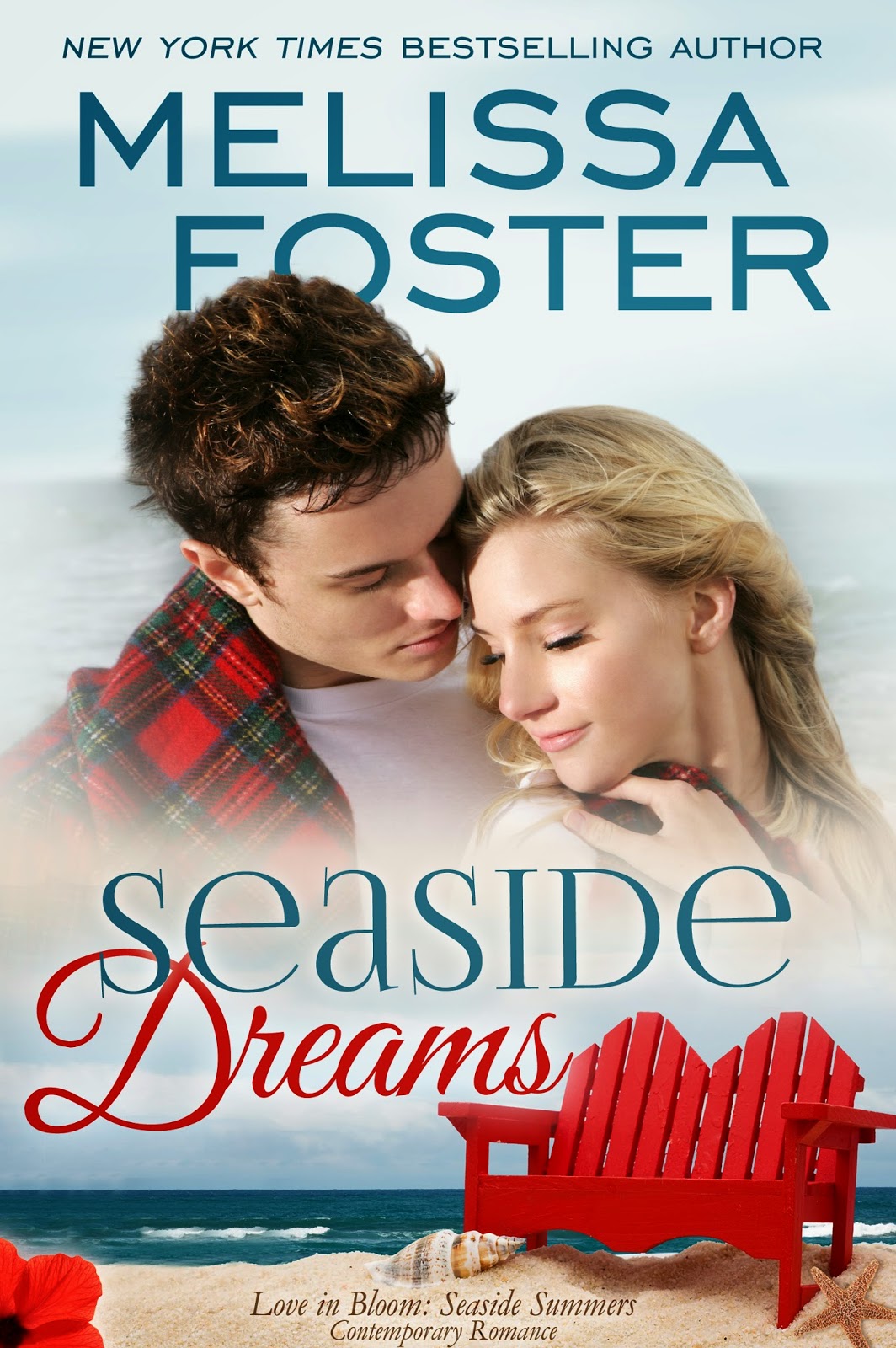 Bella
Abbascia has returned to Seaside Cottages in Wellfleet, Massachusetts, as she
does every summer. Only this year, Bella has more on her mind than sunbathing
and skinny-dipping with her girlfriends. She’s quit her job, put her house on
the market, and sworn off relationships while she builds a new life in her
favorite place on earth. That is, until good-time Bella’s prank takes a bad
turn and a sinfully sexy police officer appears on the scene.

Single father and police officer Caden Grant left Boston with his fourteen-year-old
son, Evan, after his partner was killed in the line of duty. He hopes to find a
safer life in the small resort town of Wellfleet, and when he meets Bella
during a night patrol shift, he realizes he’s found the one thing he’d never
allowed himself to hope for—or even realized he was missing.

After fourteen years of focusing solely on his son, Caden cannot resist the
intense attraction he feels toward beautiful Bella, and Bella’s powerless to
fight the heat of their budding romance. But starting over proves more
difficult than either of them imagined, and when Evan gets mixed up with the
wrong kids, Caden’s loyalty is put to the test. Will he give up everything to
protect his son—even Bella?

Amazon: http://www.amazon.com/dp/1941480020
B&N:
http://www.barnesandnoble.com/w/seaside-dreams-melissa-foster/1119883524?ean=2940046033830
Kobo: http://store.kobobooks.com/en-US/ebook/seaside-dreams-seaside-summers-book-1-love-in-bloom
Link to Follow
Tour: http://www.tastybooktours.com/2014/05/now-booking-tasty-review-tour-for_10.html
Goodreads Link: https://www.goodreads.com/book/show/22038196-seaside-dreams?from_search=true
Author Info
“Melissa
Foster is a wonderful connector of readers and books, a friend of authors, and
a tireless advocate for women. She is the real deal”– Bestselling
Author Jennie Shortridge
“What
sets Melissa Foster apart are her compelling characters who you care
about… desperately. This  is psychological suspense at its most
chilling. I dare you to read the first chapter and not be hooked.”
International bestseller, M.J. Rose
Melissa
Foster is an award-winning, International bestselling author. Her books have
been recommended by USA Today’s book blog, Hagerstown Magazine, The Patriot,
and several other print venues. She is the founder of the Women’s Nest,
a social and support community for women, the World Literary Café. When she’s not writing, Melissa helps authors
navigate the publishing industry through her author training programs
on  Fostering Success. Melissa is also a community
builder for the Alliance for Independent Authors. She has been published in
Calgary’s Child Magazine, the Huffington Post, and Women Business Owners
magazine.
Author Links
Website: http://www.MelissaFoster.com
Facebook: http://www.facebook.com/MelissaFosterAuthor
Twitter:
@Melissa_Foster
My social
network for women: http://www.TheWomensNest.com
World
Literary Café: http://www.worldliterarycafe.com
Fostering
Success: http://www.fostering-success.com
Facebook
Melissa Foster: http://www.facebook.com/MelissaFosterAuthor  (Fanpage)
Goodreads http://www.goodreads.com/author/show/3023973.Melissa_Foster

Sarah’s  Review:
Thank you to Tasty Book Tours and Melissa Foster for providing me with another opportunity to read a great story.  When this went live, it was late because I was “kidnapped” for the weekend by one of my colleagues.  Fortunately, I was able to get in contact with Lisa and let her know.

If you have been following this blog for any length of time, you know that I am a huge fan of Melissa’s books.  I fall in love with her characters, her story lines, the places and the way she brings two characters together.  She has a way with words that she sucks me in very quickly!

I have been struggling how to review this books because I related to this book so much.  As a single parent, I connected with Caden’s character immediately and even more so about the dating aspect being a single parent.   Caden struggles to figure out what he wants for himself personally and what he needs for his son.

For Bella, we met her in Kurt and Leanna’s story and she is back for the summer with some life decisions to make.   I also connected with Bella’s character in the fact that she had to decide what was best for her and her happiness.  Career, location to live and eventually Caden.