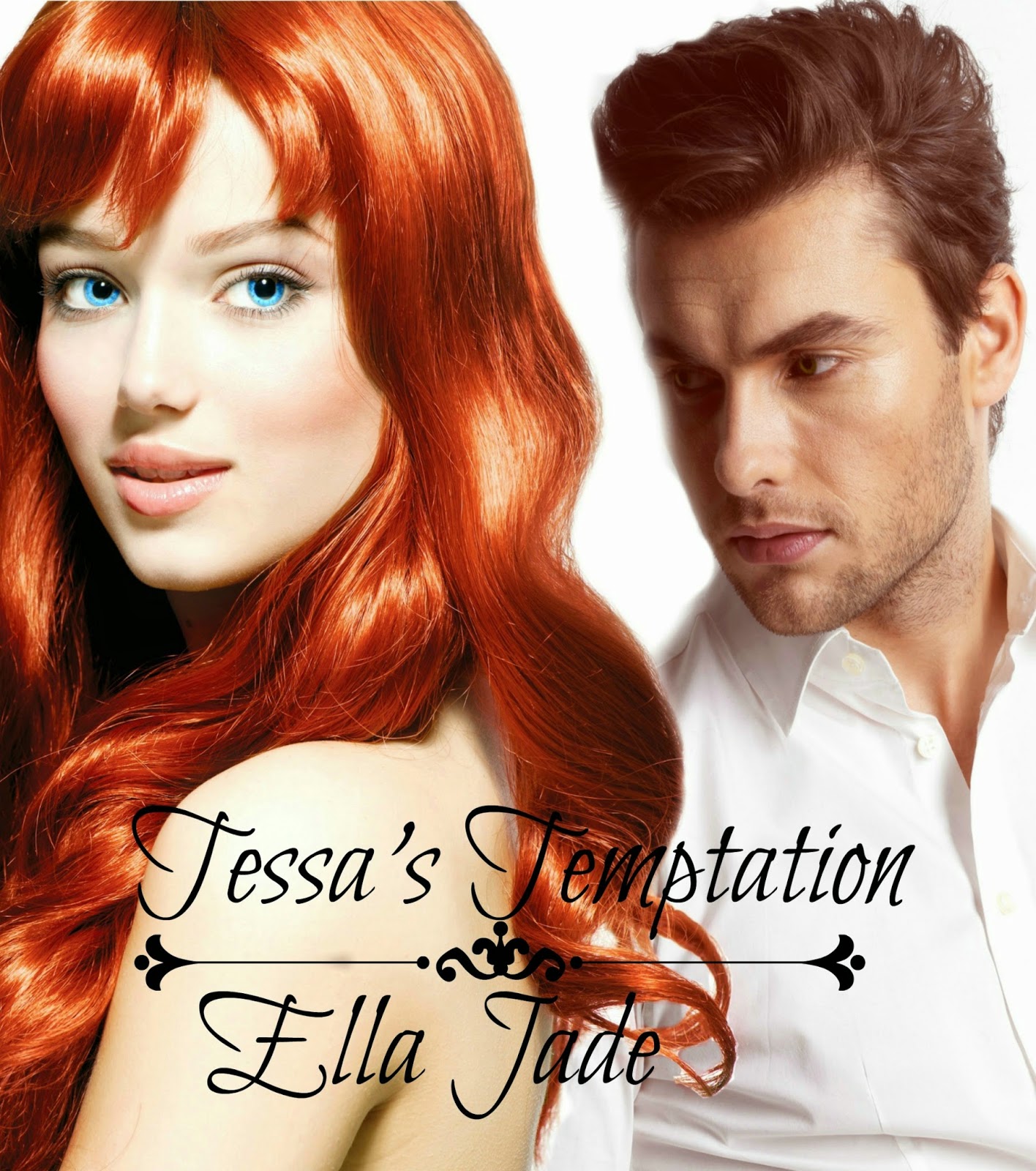 What happens when the siren becomes the tempted?

College student Tess Burke is on the verge of eviction. Her life changed when her dad was in a bad car accident. He’s been in the hospital for months and making little progress. Desperation is setting in. They’re about to lose everything.

Successful architect Chase Carlisle has made a name for himself among the rich and famous. His work keeps him busy, leaving little time for a social life. When an old family friend contacts him and asks him to care for his vibrant, sassy daughter, Chase feels obligated to take her in; Patrick Burke had helped him when he was a troubled teenager, heading down a path of destruction. If not for Pat, he would have never become the man he is today.

The wild child turns Chase’s world upside down, tempting him in ways he can’t resist. The sexy younger woman shows him what he’s been missing the past few years. Their attraction is obvious from the beginning despite Chase’s apprehension to getting involved with Pat’s daughter. Tess wears him down but gets caught in her own trap when she becomes the object of his deepest, darkest desires.

“I wanted to talk about last night.”

“What about it?” Tess turned to look at him, her auburn locks blowing in the light breeze that danced through the porch.

“Tessa, about that kiss…” Chase stared out at the property. “I’m sending all these mixed vibes. I’m never this indecisive.” He was used to taking what he wanted and worrying about consequences later. With her, everything was different. She threw him off balance and made him think about his every move.

“Don’t worry about it. We both know we’re attracted to one another. It happened and it’s not a big deal.”

“It isn’t?” When had she become so mature? Why wasn’t she trying to convince him that they should be together?

“Is that what you wanted to tell me?”

“Not really but if you’re okay with it…” He shook his head; the heat of her breath had lingered on his lips for hours after that kiss. Every time he closed his eyes he felt her sigh against his mouth. “I can’t forget about it. I know I told you we couldn’t be together but none of my reasons make sense anymore. The more time I spend with you the more I want you.”

“Are you saying you want to be with me?”The look of vulnerability in her eyes scared him. She put on a good act when it came to being tough but he knew the truth. There was a sweetness; an innocence about her. One that told him she was still a girl; still on the verge of becoming a woman – who needed to be loved, respected and desired. God help him, but he wanted to be the man to show her all of that, and give her the world.

“I want to back away from you; I don’t want to let you in.” How much longer could he fight her? Fight these baser instincts?

“Then go.” The certainty in her eyes gave him clarity. This was her last attempt where he was concerned.

“I can’t, Tessa. Your pull is too strong.” He lowered his mouth to hers, focusing on those forbidden lips. The devil did exist. She stood in front of him as the flirtatious redhead who now consumed his mind, body and soul. “I can’t resist your temptation anymore.”

“Why can’t you let me decide for myself?” She let out a frustrated breath. “I’ve been making choices about my life for a long time. I don’t need you to do what you think is best for me. That’s not helping either one of us. All you’re doing is making both of us miss out on something wonderful.”

He admired her spirit. That vibrant spirit and uninhibited determination. “I know you’re capable of making your own choices.” He kissed a path to her ear. “You’re capable of so many things. I want to be the man who helps you realize all of your dreams.” He moved his mouth along her jaw and back to her lips. “I can’t fight this anymore. I won’t.”

“It’s about time.” She kissed him, sweeping her tongue inside his mouth. “We’ve been doing nothing but wasting time,” she said when she finally stopped for a breath.

“No, we haven’t.” He took her face between his hands. “We have all the time in the world. We can take everything slow. I want you Tessa, but after our explosive chemistry in the study, I think moderation is in order.”

“Would you be this controlled with anyone other than me?”

“No.” That was the truth. Patience was not a virtue in his world.

“Because I care about you. I don’t want to screw this up.”

“Don’t be so surprised. I’ve grown quite fond of you.” He kissed her softly. “I want to do this right for a change.”

“You don’t need to be so careful with me.”

“I do. Trust me.” He stroked her soft cheek. “Why don’t you get some breakfast while I shower?”

“I could shower with you…” She grinned provocatively. “That might be fun.”

“Don’t tempt me.” He pressed his lips to her forehead. “When you’re ready we’ll go get those pumpkins, maybe visit your dad and then stop somewhere for a late lunch. How does that sound?”

“Like a date?” She trailed her finger down his chest to his waistband. “I’d love to.”

“Perfect.” He kissed her one more before pulling away. At this rate they’d never leave the porch. “I’ll see you in a bit.”

“Are you sure?” She gripped his biceps, pulling him back to her. “We could stay here and just… get to know one another.”

Good God, but she was a cheeky addiction!

“I love your fearlessness but we’ll stick with my plan.” He tapped the tip of her nose with his finger. “We’ll leave in an hour.”

“Fine,” she huffed as she walked over to the porch swing. “I’ll be ready.”

He laughed as he made his way into the house, dropping his mug off in the sink before hurrying up the back staircase, taking two steps at a time. The faster he showered, the sooner they could be together. Tessa was right, he had been wasting time, but no more. Today was a new day, full of so many possibilities.

He stripped out of his pajama bottoms and t-shirt while he waited for the water to heat up in the large, master shower. Thoughts of her wet, soapy and naked with him in the stall did nothing for his persistent erection. He stepped into the shower and let the hot water flow over his tense muscles. The multiple shower heads drenched his skin as the heavy steam filled the room. He closed his eyes and let his mind disengage, but then the stall door opened.

Ella Jade has been writing for as long as she can remember. As a child, she often had a notebook and pen with her, and now as an adult, the laptop is never far. The plots and dialogue have always played out in her head, but she never knew what to do with them. That all changed when she discovered the eBook industry. She started penning novels at a rapid pace and now she can’t be stopped.

Ella resides in New Jersey with her husband and two boys. When she’s not chasing after her kids, she’s busy creating sexy, domineering men and the strong women who know how to challenge them in and out of the bedroom. She hopes you’ll get lost in her words.

She loves connecting with readers. You can find her here…

Ella is giving away a $5 Starbucks GC and one swag pack.

For a chance to win please fill out the rafflecopter below.


First of all thank you goes out to Ella Jade and Shades of Rose who provided us with a copy of this book so that we could bring you this review.

Oh man where to start. I absolutely adored this story. I loved Tessa and her strong character, for a young woman to live the life she’d lived most of her life and still have the strength to fight is amazing. I also loved how Chase wants to help her and show her that she can now be happy. She can focus on herself and her father while he worries about taking care of her. Though there are always those characters that we hate, they are important and have a purpose in the story, and even though I hated Audra I do see the importance of her throughout the story. As a side note I would like to add that I really enjoyed then fact that Chase was older and is able to learn from Tessa as much as she can learn from him.

Ella did another wonderful job in hooking us with characters we can’t let go of and want to know what happens next in their lives. I promise you that you will love this book.