One curse
To lock the horror away

One attic
To keep the monsters at bay 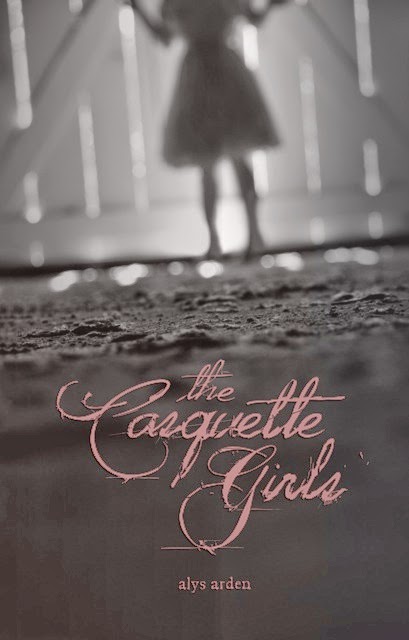 Synopsis
After the Storm of the century rips apart New Orleans, Adele LeMoyne wants nothing more than for life to return to normal, but with the silent city resembling a mold-infested war zone, a parish-wide curfew, and mysterious new faces lurking in the abandoned French Quarter, normal will have to be redefined.

Mother Nature couldn’t drain the joie de vivre from New Orleans, but someone or something is draining life from its residents. Events too unnatural—even for New Orleans—lead Adele to an attic that has been sealed for three hundred years, and the chaos she unleashes threatens not only her life but everyone she knows.

Caught suddenly in a hurricane of eighteenth-century myths and monsters, Adele must untangle the web of magic that links the climbing murder rate back to her own ancestors. But who can you trust in a city where everyone has a secret, and where keeping them can be a matter of life and death – unless, that is, you’re immortal.

Excerpt
I threw my arms over my head, determined to pull it together.
The imposing concrete wall surrounding the old Ursuline Convent was directly across the street, which meant I was on Chartres Street, only about six blocks from home. My hand throbbed, and I felt liquid dripping down my arm, but before I could inspect it, a rattling noise caught my attention. I held my breath to create perfect silence, and heard the noise again.
From my vantage, all I could see were the five attic windows protruding from the slope of the convent roof – two left of center and three on the right. (Blame my father for teaching me to always notice symmetry.) One shutter had become detached and was hanging loosely, rattling in the wind.
I watched the shutter methodically flap open and snap shut again, but the man’s dead blue eyes stained my mind. What had happened to him? A car accident? The rhythm of the knocking wood put me into a meditative state. My tears stopped, and my breathing evened. The claps gradually became louder and louder, drawing my focus back to the window.
A rusty smell pinched my nostrils, and only then did I realize the cut in my palm was now bleeding profusely. I untied the sash from around my waist and wrapped it tightly around my hand. Back less than a day and I already have two injuries. Dad is going to freak. I silently mourned the death of the Chanel as the blood soaked through it.

Sweat dripped down my back. Gross. I tugged at my now-damp dress and wiped the tears from my face with the back of my bandaged hand, all the while watching the attic window. The heat was incredible, rippling down my torso in waves, almost feverish. Was it wrong to pray for a cool front, I wondered, staring at the convent. Maybe just a little breeze?
The shutter snapped back shut. Something bothered me about it… and then I realized what it was.
I stopped and stood perfectly still. There was no breeze; the air was dead. The shutter flapped back open and snapped shut again, as if demanding my attention.
My pulse picked up.
I squinted up as the shutter flapped open again – there was a flash of movement behind the panes before it swung shut again. What the hell? I blinked the remaining water from my eyelids.
When I looked back up, the shutter swung open.
Faint clinking sounds came from the convent courtyard, like metal raindrops hitting the pavement. Curious, I crossed the street and approached the convent’s iron gate, trying to keep my eyes on the dark window behind the shutter.
Through the bars, the overgrown garden looked as if it had been abandoned years ago, but then again, that’s how most of the city looked presently. I reached for the ornate handle, but the fixture turned downwards before I touched it. The loud clank made me jump back, and the gate creaked open just enough to let me pass through.
A little voice inside pleaded with me to bail, but instinct led me through the maze of overgrown hedges as if I’d been there a hundred times before. My eyes went back to the window and refused to look away. As I drew closer, the wooden shutter continued to open and close – slowly and precisely. Once I was directly underneath, I could see the nails popping out of the matching shutter, which was still closed. I glanced at my feet. The ground was covered in long black carpenter nails – clearly the work of a blacksmith, not a modern machine. Had it really been necessary to use so many nails to secure the shutters? A tiny raindrop hit my face.
The shutter flapped twice more, faster and faster.
It was slowly pulling itself off the building. Only a single stake in the center hinge kept it from falling, but it, too, was protruding, as if being pulled by some invisible force. The cut on my hand throbbed; the blood had soaked completely through the sash.
A loud clap of thunder made my pulse race, but my feet still wouldn’t carry me away. I stood motionless, neck craned, watching the shutter wrench itself free until it was suspended by just the very tip of the stake.
For a brief moment, the world seemed to freeze.
Then gravity prevailed.
My arms flew over my head as the dangling shutter crashed three stories to the ground – just a few inches from my feet.
The speed with which the sky became dark felt wholly unnatural. Bigger droplets of rain began to fall. Too stunned to move, I tried to make sense of what had just happened.
Suddenly, the remaining wooden shutter slammed open, and the window pane blew outward in an explosion of showering glass. I fell to the ground and curled into a tight ball, shielding my face. A whoosh of wind whipped around me, and there was a loud whistle that faded into what sounded like sardonic laughter.
This is not happening right now. This is a dream.
The clank of metal nearby forced me to release my tense muscles and unwrap my arms from my head. I peeked out with one eye. The thick iron stake that had held the shutter was rolling along the cement towards my face, as if pulled by a magnetic force. It stopped right before it touched my nose.
I quickly sat up and grabbed it. The metal felt strangely powerful in my hand, and looked like a giant nail, thick and twice the width of my palm.
My eyes told me I was alone, but my gut told me I wasn’t. Every ounce of my being screamed, Get out! Now I really was trespassing, and on the private grounds of the archdiocese.
Another loud crack of thunder made me scramble to my feet.
The wrought-iron gate banged shut behind me, just as the chapel bells began to clang in the background.

“In the way that it fuses the experience of adolescence, the city of New Orleans, history, magic and vampires, THE CASQUETTE GIRLS can’t help but be a fun adventure, but more than that, it’s a smart story with a surprising amount of emotional depth.” – IndieReader 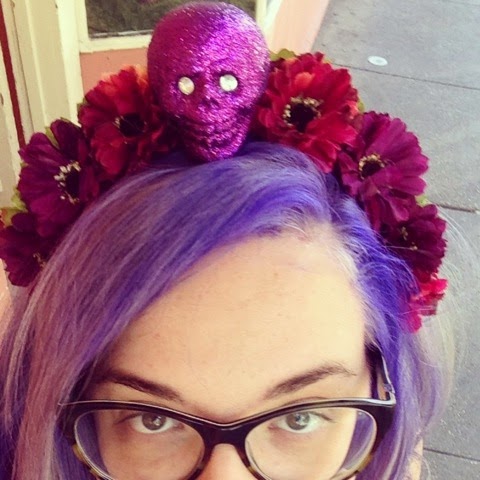 Alys Arden grew up in the Vieux Carré, cut her teeth on the streets of New York, and has worked all around the world since. She still plans to run away with the circus one day.

Erin’s Review
The Casquette Girls is a hauntingly beautiful story. The writing makes you feel like you are in New Orleans right after the Big Storm. The history, the folklore, and the mysticism that New Orleans is famous for is richly described in the book. What struck me the most was the fact that this is indeed a paranormal story. I NEVER read paranormal, but I could swear this story was real and I LOVED it!
The characters are well developed, and not just the main characters, even the supporting characters are so well developed that you know them as well as the leads. Ren is by far, my favorite. I want to go to New Orleans and have him give me the tour.
Adele, the main character, isn’t your typical teenager either. She knows what she wants out of life and even after struggling to live with her mother in Paris for 2 months, she knows New Orleans is her home. She is adventurous, strong and finds out more about her past than she bargained for. Her relationship with her mother is tenuous, at best, and her father adores her. Her unlikely friendship with Desiree, a rich girl from the right side of town, is filled with teenage drama but in a grown up way. It is so well written you forget these girls are just kids.
This is one of the most well written YA books I have ever read. If you are looking for an Ann Rice type of book in the YA genre, this is it. I refuse to give any spoiler because that would ruin the story for you, just trust me when I say, even that seems very real. Love the story and cannot wait to see what Alys Arden has in store for us!