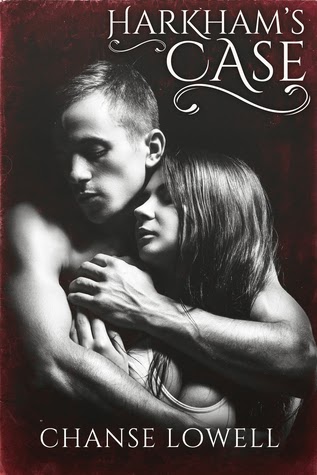 
Adam Latham looks like any other charming, good-looking high school senior, but underneath, there’s a lot more to him than anyone could ever guess. He has an uncontrollable need for constant touch to ground him, to keep the numbers from invading his brain when anxiety gets the better of him.When Adam resolves to finally complete high school and get his diploma, the social demands amongst his younger peers prove to be much more challenging than he’d imagined.Lucky for him, his first class holds Marissa Cole, and she’s willing to let him hold her hand so he can keep control. Adam’s family sees him as a danger to himself if not strictly regulated, but to Mari, he’s a boy with the most pure soul—one so intriguing, she can’t resist him, and he quickly steals her heart.How will she cope when he invades her world and turns her life upside down, unearthing her own past traumas and issues? Will Adam find a way to help her find peace and forgiveness through love, or will their own problems keep them apart?

4.5 kisses.
Mari and Adam, Adam and Mari. Where to begin with these two. This book grabbed me from beginning. This book has every aspect that I as a reader look for. You have the suspense, the unknown, the back story and the love story.
Adam and Mary are one of a kind in my eyes really. Adam who closes into himself and shouts numbers when he gets terrified and Mari who has flashbacks when she gets violently ill.
Adam is the shy guy who keeps to himself, but when he meets Mari! Woah! That was a 360 I did not see coming. Mari the trouble soul that she is takes Adam under her wing to guide him in a sense. Lets face it, I didn’t  think these two who make it very far after Mari had told Adam that she is no good for him a million times. I was pleasantly suprised as the book went on though. Let me just tell you, I want to smack Sam and Dustin both and knock them down a notch when it comes to how they try to dumb Adam down withbhis abilities.
Chanse had me literally rooting out loud for Adam and Mari when Sam would try to back either of them into a corner. She had me questioning what would happen next and how far these two would actually make it with bith if their families against them.
This book literally drug me in and I could not put it down. I felt as if ai live through these characters through their struggles and heartaches. These characters are very well written. I was astounded by the research Chanse has done with this book and how she has molded her characters. Harkhams Choice is the next book in my kindle queued for me to read and I am getting antsy with wanting to dive right in. Until we meet again, a great read and I will recommend this book/series to anyone.