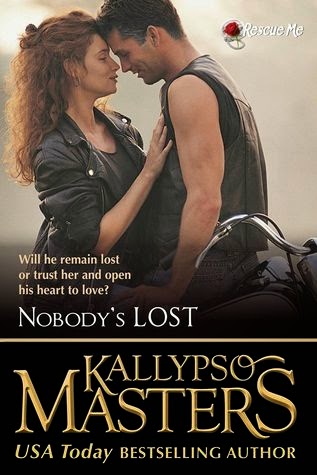 
Can be read as a standalone novel. Is about two characters with very minor mentions in the earlier books. But for premium reading enjoyment, you might begin with the free book one in the saga.

Ryder Wilson returned from serving multiple deployments but can’t leave the hell of combat behind him. Frustrated and ashamed of his inability to function in the world as well as the veterans he served with, he retreated, choosing to engage only with those he trusted. When retired Master Sergeant Adam Montague sends him on a mission to protect his sister from some unknown danger, Ryder’s days of hiding out may be over. Can he fulfill his mission without failing again?

Megan Gallagher has two big-brother Marines bent on protecting her from the evils of the world, but she’s tougher than they think. When her older brother sends Ryder, one of his recon Marines, to her doorstep in the wee hours one night following a break-in, she realizes he needs rescuing more than she does. A friendship forms quickly, but unexpected passions run hot and complicate her resolve never to have a romantic relationship, much less marriage. So why are her body and her heart betraying her every time he comes near?

Can these two wounded people lower their defenses long enough to allow love to grow?

Kallypso Masters writes emotional, realistic Romance novels with dominant males (for the most part) and the women who can bring them to their knees. She also has brought many readers to their knees—having them experience the stories right along with her characters in the Rescue Me series. Kally knows that Happily Ever After takes maintenance, so her couples don’t solve all their problems and disappear at “the end” of their Romance, but will continue to work on real problems in their relationships in later books in the series.
Kally has been writing full-time since May 2011, having quit her “day job” the month before. Masters at Arms was her debut novel (published in August 2011), followed by Nobody’s Angel, Nobody’s Hero, and Nobody’s Perfect. A change of plans for the series will make Somebody’s Angel, the continuation of Marc and Angelina’s romance, the next in line. “These two came up in the writing of Nobody’s Perfect and threw me for a huge loop with an issue Marc and I had no idea about before. They became a major distraction from Damián and Savannah’s story, so I decided to give them their own space to reach their Happily Ever After ending at last.” The storyline and time frame for Somebody’s Angel parallels the one in Nobody’s Perfect, which is why readers saw glimpses that there were some problems for the couple. But Damián has his hands full and wasn’t privy to all that was going on.
Kally lives in rural Kentucky and has been married for almost 30 years to the man who provided her own Happily Ever After. They have two adult children, one adorable grandson, and a rescued dog and cat.
Kally enjoys meeting readers at national romance-novel conventions, book signings, and informal gatherings (restaurants, airports, bookstores, wherever!), as well as in online groups (including Facebook’s “The Rescue Me Series Open Discussion group”) and live online chats. She hopes to meet you in her future travels!

This was my pleasure read for the month and let me tell you what a real pleasure it was.

There were moments while reading through Ryder’s story that I couldn’t stop the tears from falling out the corner of my eyes, but as heart breaking as his feelings and history were. With Megan’s help he was about to see his self worth and need to heel.

I loved that Megan was such a strong independent character. She also has some amazing sass. Though there are things that she tries to not let hurt her, her heart lives on her sleeve.

My one and only complaint is that to ME the title doesn’t fit the story, cause somebody’s quite lost but I also understand that it goes along with the other titles of the saga. Also on a side note, even though this is part of the Rescue Me Saga and we get a few small glimpses of the other characters it works very well as a stand alone.

I personally can’t wait to see what the next book will bring. As well as what else happens with these two characters and their dive into kink.

I give this book FIVE very big kisses.