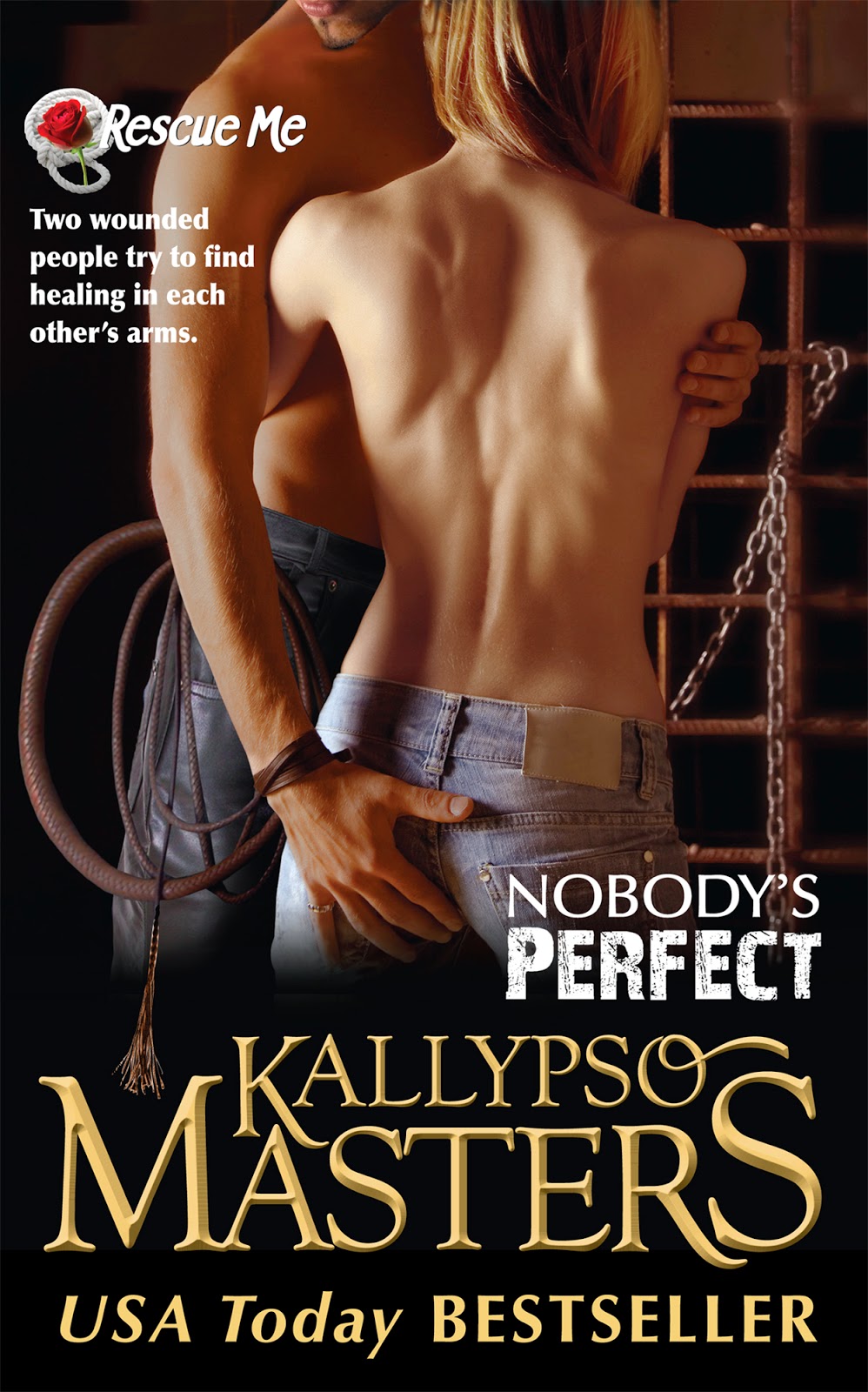 Savannah Gentry, now Savi Baker, escaped the abuse, torture, and degradation forced upon her by a sadistic father for eleven years and has made a safe life for herself and her daughter. When her father threatens her peace of mind–and her daughter’s safety–Savi runs to Damian Orlando for protection. Eight years earlier, young Savannah shared one perfect day with Damian that changed both their young lives and resulted in a secret she can no longer hide. But being with Damian reawakens repressed memories and feelings she does want to keep hidden–buried. At Damian’s private Masters at Arms Club, she discovers that sexual healing might be achieved through BDSM (Bondage, Dominance/submission, sadomasochism)—specifically SM administered by a loving Service Top named Damian.
Damian, a wounded warrior, has had his own dragons to fight in life, but has never forgotten Savannah. He will lay down his life to protect Savi and her daughter, but doesn’t believe he can offer more than that. She deserves a whole man, something he can never be after a firefight in Iraq. Damian also has turned to SM to regain control of his life and emotions and fulfills the role of Service Top to “bottoms” in the club in need of catharsis by whipping or other SM practices he is skilled at delivering. But he could never deliver that level of pain to Savi, who needs someone gentle and loving, not the man he has become. But when Savi witnesses a cathartic whipping scene on her first night at the club–delivered by Damian–she begins to wonder if this Damian could also help her regain control of her life and reclaim her sexuality and identity.
CONTENT WARNING: Readers who have a history of past abuse (sexual, physical, and emotional) may be triggered by scenes in this story. Before reading this book, please be aware that it is primarily about an incest survivor dealing with the sexual aftermath of years of abuse. She has dealt with non-sexual issues in years of therapy, but has tamped down anything related to sex. In this story, she struggles to find healing through a trusting, consensual BDSM relationship. If you believe that reading about PTSD flashbacks of incest, whipping for catharsis, mindf**ks, and related topics might be triggering for you, but you still choose to read it, please make sure you only read this book in a safe environment with supportive people available to you.
The BDSM scenes in this book (some of them beginning and advanced sadomasochism techniques) are the result of many conversations with submissives and Dominants who have worked through similar abuse issues using activities in the BDSM community and lifestyle. Therefore, the BDSM is portrayed as healing rather than titillating. If you are looking for the latter only, this might not be an enjoyable read.
But if you want to delve into the roller-coaster journey of a young couple trying to work through intense issues in a compelling story that pulls you into the characters’ world and doesn’t let you go, then you might find healing and entertainment in this story. The author, also a child-sexual abuse survivor, has found that writing the story has provided catharsis for her, and hopes other survivors who read it will see that they are survivors, too, and no one is ever so wounded she or he can’t find love.