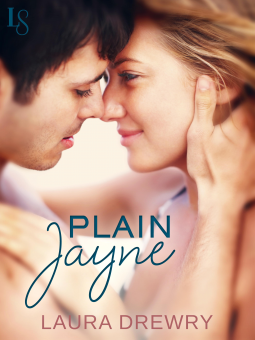 In Laura Drewry’s funny, heartwarming Loveswept debut, a man and a woman learn the hard way that a little bit of love makes staying friends a whole lot harder. Worn out from the long drive back home, Jayne Morgan can only smirk at the irony: Of course the first person she sees from her old life is Nick Scott. Once best friends, they lost touch when Jayne left town at eighteen, but nothing could keep them apart forever. Jayne has returned to take over her grandmother’s bookstore, determined to put all her bittersweet memories and secret disappointments strictly in the past—until, that is, Nick insists she bunk at his place. Nick never did care what people thought about having a girl for a best friend—or the “scandal” she caused by showing up to his wife’s funeral four years earlier—so he’s got no problem with the gossips now. Jayne was always the one person he could count on in his life. Now Nick is starting to realize that he never wants her to leave again . . . and that being “just friends” isn’t going to be enough anymore. Includes a special message from the editor, as well as an excerpt from another Loveswept title.


Let me start by saying thank you to NetGalley and Random House for allowing us an ARC copy so we could write this review.


Jayne is one of those characters that all you want to do is grab and give a big hug to, but it is something that you know will make her very uncomfortable. Why? Because she isn’t used to getting love and affection shared with her. Nick is that character that you want to bop in the back of the head for not seeing things sooner.


As many of you know I like these types of stories the most. They are just as good as those second chance loves. These best friends finding that they see themselves more than just friends. It also has a lot of fun and interesting secondary characters.