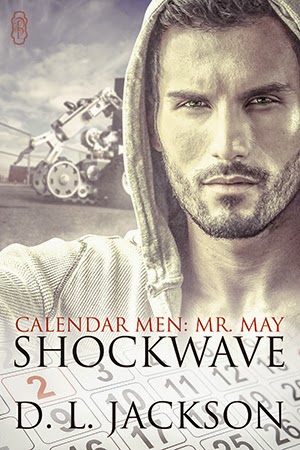 “Let’s dance, devil.” Veteran Tanner North disarms bombs
in New York City and business seems to be picking up, putting him on
alert. While in the military, he faced his share of challenges but when a
rescue in Kosovo went bad and a young mother lost her life, he blamed
himself for the failure. Could he have saved her if he’d taken different
actions? What if he were to have a second chance to test his decision
making in a life-or-death situation—one where the outcome is very
personal.

“I want him.” Lannie Sawyer needs the job Leo Russo offers worse
than she’d care to admit. But how to approach a man who has made his
dislike of her clear. In fact, Tanner North has threatened her with a
restraining order if she comes around again. Lannie has never backed
down from a challenge, and she won’t, not with her grandmother’s
happiness on the line.

Aut viam inveniam aut faciam—I’ll either find a way or make one.


Lannie Sawyer fidgeted while Leo Russo thumbed through her portfolio.
She bit her lip as he glanced up and back down. Damn hard reading the
man. Did he, or did he not, like her work?

“Huh.” He flipped another page.

“You’re great with stories on war and death, but what about
something a little more—feel good? Ever do fashion stories or stuff on
pet owners looking like their poodles?”

“I’ve done arts and entertainment pieces.” And other things I’d rather not mention.

He furrowed his brow and scanned the contents, sifting through the clips. “I don’t see any—”

“I only included my best.”

“So, what you’re saying is, your best doesn’t include feel-good stories?”

“Did you not say, Ms. Sawyer, your samples are of your best?”

She opened her mouth and he lifted his hand, cutting her off.

“I don’t need an article on war orphans.” He turned another page
and froze. Leo stared at the photo for what seemed like forever. Lannie
squirmed. Seconds later he turned the book around and jabbed his finger
onto the image. “I need him.”

D. L. Jackson is an award-winning author of urban fantasy, science
fiction, military romance and erotic romance. She loves to incorporate
crazy plot twists, comedy and the unexpected into her worlds. As a U.S.
Army veteran, she naturally adores men in uniform and feels the world
could always use more. She does her part by incorporating as many sexy
soldiers in her novels as she can. When she isn’t writing or running the
roads, you can often find her online chatting with her peers and
readers. Grab a cup of iced coffee, pull up your virtual chair and say
hi. She loves emails and blog visits from her readers.

Sarah’s Review:
Thank you to Decadent Publishing and D.L. Jackson for providing a great story for the May!  Normally, I have the Calendar Men stories featured on the 15th of each month, but May has been filled with chaos and my reading time was extremely limited.  I finally was able to read this story once graduation weekend was over.

If you have been following this blog for a while, you know I am a sucker for books that have a military or former military character.  Hell, any aspect of a man in uniform is something that I will jump at the opportunity to read!


The tension between Tanner and Lannie is one that is justified based on their past encounters.  What happens when Tanner’s stalker begins to increase her claims on Tanner and Lannie is caught in the crossfire?  Tanner comes face to face with demons from his past who he never expected to be a demon.


Watching Tanner and Lannie come together to fight the threat and overcome their past was something that I really enjoyed and needed to read after an amazing weekend celebrating commencement.  I truly enjoyed reading this story and I hope that Tanner and Lannie will make a cameo in future books.