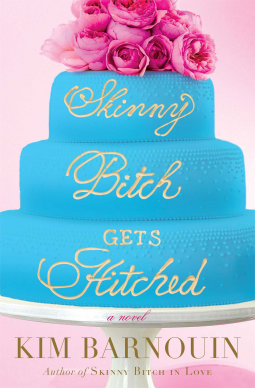 For the second time in just a few short months, Clementine Cooper’s professional reputation hinges on one restaurant review. Clementine’s No Crap Café is poised to score the Holy Grail of publicity—a mention in the New York Times Sunday travel section—if Clem’s veggietastic lasagna can bowl over the food critic.

Clem has no time for distractions. Or surprises. But when her meat-eating millionaire boyfriend Zach Jeffries shocks her with a sweet and romantic marriage proposal, of course she says yes! Now she has to plan the most important menu of her life while fending off her domineering future mother-in-law’s extravagant plans for the wedding.

As if there wasn’t enough on her plate, Clem decides to open a second restaurant on her parents’ farm—Clem’s No Crap Outpost— against Zach’s advice. Just when she needs his support the most, Zach grows distant. The only person who really seems to understand is Clem’s friend and biggest competition, the cute vegan chef Alexander Orr. Putting out fires in the kitchen is easy—but in her relationship? Suddenly, her time with Alexander feels . . . hotter . . . than usual, and Clem starts to wonder if the charming carnivore she’s engaged to is really the man she should spend her life with.
ADRI’S REVIEW:
First off thank you to NetGalley and Pocket Books for approving us so we could bring you this review.
I have to say this was a fun to read and made me very curious about trying out a vegan or vegetarian diet. I have to admit that when I first started reading this story I thought it was going to run along the same lines as the movie Monster-in-Law… which I can happily say isn’t the case. When first read about Zach’s mom I thought she was going to do anything and everything possible to come between him and Clem.

There are so many other things going on in the story that even though it is Clem and Zach’s story it doesn’t feel that way. It feels like we are getting a little bit of all the characters present.

Hope you get a chance to read this story.