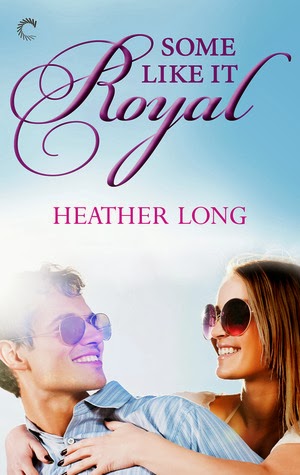 Going Royal
Some Like it Royal
by
HEATHER LONG
It’s
the role of a lifetime…
Living out of a car and waiting tables to make ends
meet is hardly the stuff of fairy tales. So when a gorgeous man approaches Alyx
Dagmar with a wild story about her royal lineage and an even wilder
proposition, the aspiring actress is sure he’s got the wrong woman.
Self-made billionaire Daniel Voldakov needs
connections before he can expand his software business into Europe. A
blue-blooded fiancée would open all the right doors—and Daniel’s certain he can
tempt the pretty but penniless Princess Alyxandretta to accept the part she was
born to play.
Alyx can’t resist Daniel’s offer, and throws
herself into the role. But as the paparazzi fall in love with their
“storybook romance,” Alyx finds herself drawn to Daniel in ways she’d
never imagined. Are his returned affections true, or all just part of the plan?
He’ll do anything it takes to prove his love, and to make her see that the only
happily ever after he wants is with her…the real her.
Book
Trailer: http://www.youtube.com/watch?v=-pmyoeQQ4uU&feature=youtu.be
Quick Facts:
Some Like it Royal
Going Royal
Release Date: January 13,
2014
Amazon | Barnes & Noble
About the Author:
National
bestselling author, Heather Long, likes long walks in the park, science
fiction, superheroes, Marines, and men who aren’t douche bags. Her books are
filled with heroes and heroines tangled in romance as hot as Texas summertime.
From paranormal historical westerns to contemporary military romance, Heather
might switch genres, but one thing is true in all of her stories—her characters
drive the books. When she’s not wrangling her menagerie of animals, she devotes
her time to family and friends she considers family. She believes if you like
your heroes so real you could lick the grit off their chest, and your heroines
so likable, you’re sure you’ve been friends with women just like them, you’ll
enjoy her worlds as much as she does.
Contact Details:
Website:
http://www.heatherlong.net
Email:
heather@heatherlong.net
Twitter:
http://www.twitter.com/HVLong
Facebook:
http://www.facebook.com/HeatherLongAuthor
Going
Royal Facebook Page: http://www.facebook.com/GoingRoyal
Goodreads:
https://www.goodreads.com/book/show/18490213-some-like-it-royal 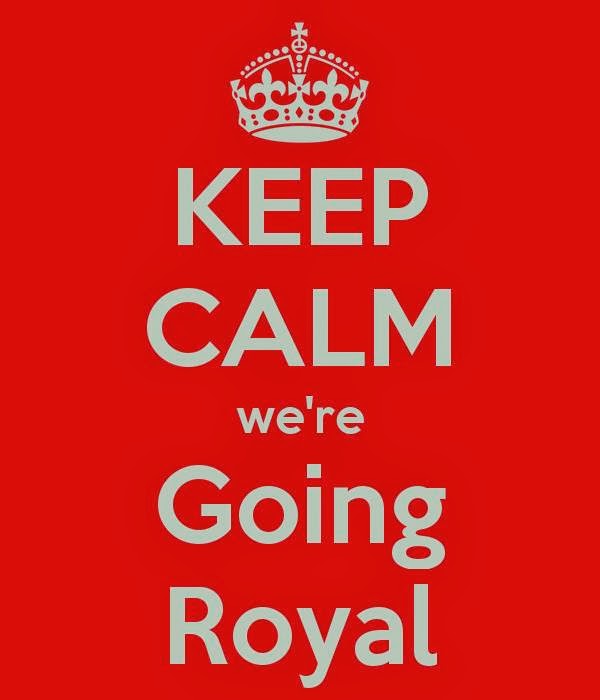 Enjoy
the following excerpt for Some Like It Royal:
Three
days later, he leaned back in the auditorium of the theater he’d rented for the
day. His secretary’d placed an advertisement in all the papers for a casting
call. They’d listed very specific qualities and appearance. He’d gone through
every resume and photograph that arrived until he found Alyx Dagmar’s.
She was the only one he wanted, and she
was the only one who made the cut.
He wrote the script himself. It was a
bastardized version of My Fair Lady, but he didn’t care. The names and the
places were all that mattered—well, and the princess in question.
The theater crew admitted her, gave her
access to a dressing room and the pages she would cold read for the part. Right
on schedule she walked out on the stage. He knew she couldn’t see him in the
darkened theater.
Clasping his hands together, he sat back
and watched as she took her spot. “Whenever you’re ready.” He called quietly,
certain it would carry.
“Good evening, ladies and gentlemen.”
She lifted her hand as though holding a glass up to make a toast. Dressed in
the simple green strapless gown, with her glorious russet hair pinned up, she
seemed as glamorous as any model. “It is time for us to remove our masks, to
reveal ourselves to each other in the fine tradition of the old-world
masquerade. Have you danced with a duke? Did you dine with a princess? Did you
discover your true love?”
She flowed three steps toward the lip of
the stage, the single spotlight highlighting the magnificent column of her
throat. He held his breath. She was better than he imagined. With all the
gesture of flourish she mimed the removal of a mask. Her smile lit up her face
and he leaned forward.
An air of expectancy hung around her,
cloaking her as her smile turned coy, secretive. The notes said she was to
react to surprise with a hint of delight. But the riot of emotion she let play
over her face captivated him.
With a graceful curtsy, she dipped
toward the stage and her gaze roved over the audience. He could almost imagine
she hunted for him in the shadows and when she paused to straighten, her chin
came up. “Yes,” she said in a clear, true voice. “My name is Princess D’tente.”
It was a stupid name, he grimaced at it,
but he’d wanted her to take the message in it.
“And at long last, I am reunited with my
family.” She paused again, but this wasn’t in the script. Her smile faltered
and fell away.
Her gaze arrowed straight at him, where
he sat, arms braced on the back of the seat in front of him.
“You son of a bitch.”
Yep. That definitely wasn’t in the
script.
Adri’s Review:
Where
to start on how much I love this book… It’s a modern day fairytale, including a
princess, royal lineage, and a hardworking self-made billionaire who raised
himself from nothing to what he is now.
The
development of the characters relationship was natural and subtle. Though you
know from the very beginning that Daniel is attracted to Alyx, he is resistant
to giving into those feelings. Alyx is afraid to give any hope to anything that
is going on in her life. Because of her past she is resistant to believe that
good things could happen to her. She is also cautious of believing that Daniel
could really be falling in love with her.
Then
we have a cast of amazing supporting characters… You have that one character
that makes you laugh. Another that makes you wonder if they will screw with the
main characters and their happiness. A character that you want to hate, but in
the end secretly love and finally that one character that from the instant you
know about him want to know more. Heather did a fantastic job of giving us that
throughout the entire book.
This
is a series I look forward to reading more about…
Happy
Reading… Adri
Now
a special treat… Heather granted us an interview with one of her characters…
Thank you for letting us
interview you, Your Highness… I only have a few of questions… I
promise to be nice…
The
grand duke inclines his head while a hint of a smile plays at the corners of
his mouth.
First I think is a pretty
easy basic question… How did you feel when you heard about your
cousin’s existence?
He
takes a moment to consider the question, a quiet frown drawing his dark brows
together. A hint of
a
European accent kisses his words. “The initial reaction was one of disbelief.
Not doubt. Disbelief that
she
could have grown up without the family being aware of her—that she grew up as a
ward of the
state
of California. It was unacceptable to me on every level.”
Secondly, Did you know or
suspect that Alyx and Daniel’s relationship was not 100% legit?
“What
makes you think their relationship isn’t legitimate?” His expression seems
mildly bemused.
Lastly, What was your
impression of Daniel… especially after your introduction?
With
an amused smile, the grand duke spreads his hands. “Passionate, fierce, and
determined. Not
undesirable
qualities in business…or any other aspect of life.”
I want to thank the Grand
Duke for letting us get into his head a little bit. As well as Heather Long for
granting us time with a character that is not the main focus of the story… (but
I fell in love with early).