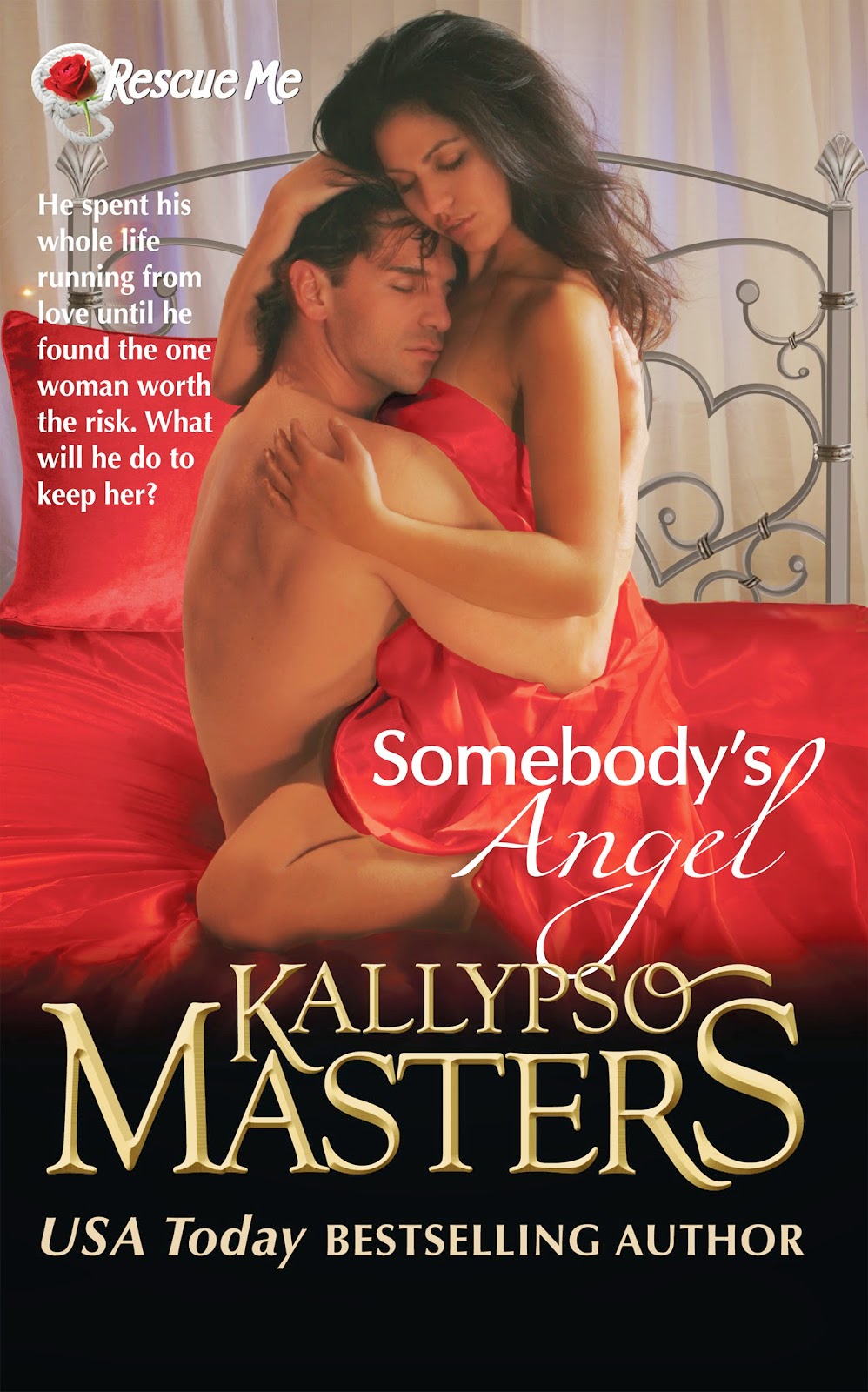 Somebody’s Angel
When Marc d’Alessio first rescued the curvaceous and spirited Italian Angelina Giardano at the Masters at Arms Club, he never expected her to turn his safe, controlled life upside down and pull at his long-broken heartstrings. Months later, the intense fire of their attraction still rages, but something holds him back from committing to her completely. Worse, secrets and memories from his past join forces to further complicate his relationships with family, friends, and his beautiful angel.
Angelina cannot give all of herself to someone who hides himself from her. She loves Marc, the BDSM world he brought her into, and the way their bodies respond to one another, but she needs more. Though she destroyed the wolf mask he once wore, only he can remove the mask he dons daily to hide his emotions. In a desperate attempt to break through his defenses and reclaim her connection to the man she loves, she attempts a full frontal assault that sends him into a fast retreat, leaving her nobody’s angel once again.
Marc finds that running to the mountains no longer gives him solace but instead leaves him empty and alone. Angelina is the one woman worth the risk of opening his heart. Will he risk everything to become the man she deserves and the man he wants to be?