REVIEW: THE PASSIONATE LOVE OF A RAKE (MARLOW INTRIGUES #2) 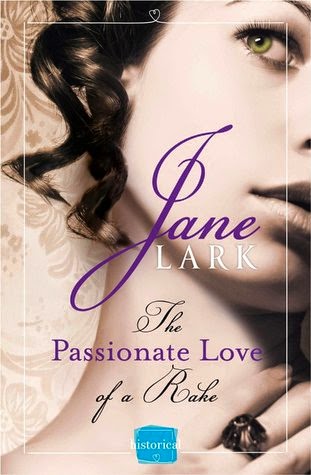 The only woman who had power over notorious rake Robert Marlow was now walking away from him, again.

He’d
heard Sutton had died, and known Jane was free, but he’d always thought
his desire would only be for revenge, not her. Yet here he was, unable
to deny what he felt for her…what he’d never felt for any other woman
before…


Erin’s Review
We first met Robert Marrow in the Illicit Love of a Courtesan. He was the churlish older brother of Edward. In the second book in the Marlow Intrigue Series, we finally learned why Robert shirked his duties, and it’s all due to a woman named Jane.
Jane had no choice but to walk away all those years ago. An arranged marriage, that was not of her choice put her in a position that she she HAD to walk away. Robert could never understand.
This story is a wonderful story about reunited love. This couple’s own worst enemy is themselves. Jane cannot tell him the truth and Robert cannot accept anything but.
Jane is still being held captive by her dead husband and she tries everything she can do to escape it, the problem is, she needs help. But can she trust the one man that has held her heart for all these years?  And can Robert finally see past his own anger to finally forgive her for something she could not control?
We are reintroduced to some of the characters from the first book along with some new ones. I can guarantee you one thing, your opinion of Robert WILL change after this book. He might have even edged Edward out as my favorite Marrow. Once again, Jane Lark has outdone herself. A beautiful story about second chances and learning to finally feel what it’s like to be free and happy.