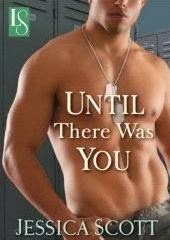 From the author of Because of You comes
an all-new contemporary eBook romance. Though he plays by the rules,
she’s not afraid to break them. Now these two strong-willed military
leaders will prove that opposites attract . . . even under fire.

A by-the-book captain with a West Point background, Evan Loehr refuses
to mix business with pleasure—except for an unguarded instance years ago
when he succumbed to the deep sensuality of redheaded beauty Claire
Montoya. Since that brief lapse in judgment, Evan has been at odds with
her. But when he is asked to train a combat team alongside Claire,
battle-hardened Evan is in for the fight of his life.

Strong,
gutsy, and loyal, Captain Claire Montoya has worked hard to achieve her
high military rank. In Evan Loehr, Claire sees a spoiled commander who
puts the rules before everything else—including his people. Army orders
force them together and Claire soon discovers that there is more to Evan
than meets the eye. He too has dark secrets and deep longings. For all
their differences, Evan and Claire share two crucial passions: their
country and each other.

Sarah’s Review:
Thanks to Jessica Scott for continuing to write amazing characters in this series.   There is something about this series that I love and each book and each character pairing makes me keep coming back.

This book, in my opinion, is different than the rest of the series since it occurs stateside on a training mission.  I think that is why I like this book in a completely different way than I like the others in this series.

Two Captains. One that was enlisted prior to becoming a Captain and is still friends with her oldest enlisted friend.  The other never experienced the grunt work.  Their differing experiences lead to amazing sexual tension that these two fight against.  Watching the two of them work through their differences professionally and then getting into the personal experiences was an experience itself.

REVIEW: Because Of You & Anything For You by Jessica Scott