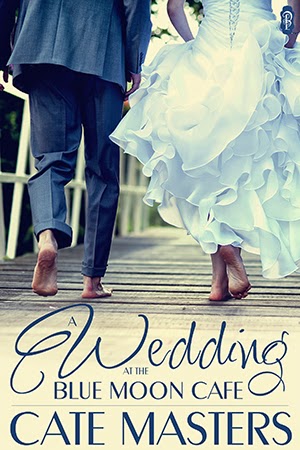 Never look back. Clarissa Hartman left her miserable life
behind the day she graduated high school, the same day she turned 18.
Driving for days, the road led her to Marfa, Texas. Right away, she knew
she’d found home. Seven years later, she’s found her place in life plus
the one thing she never expected to find: love. Dylan Wall’s everything
she ran away from. So why can’t she stay away from him?

Never give up. Dylan Wall is at the top of his game. His PR
firm’s sought out by brand name companies, but he’s so busy spinning
everyone else’s reps, he doesn’t realize his personal life’s taken a
downhill turn. Deep down, he knows that somewhere, the perfect someone
is waiting for him. The woman who’ll accept him for who he is – if he’s
ever able to reveal it. When he lands in Marfa for his best friend’s
wedding, Clarissa’s sharp tongue puts everything in a different
perspective. She draws out a side of himself hidden away for too long.
She’s everything he wants, in the wrong package. So why does she feel
like home?

In Marfa, appearances are deceptive. Discovering the truth beneath the
surface is the first step toward finding yourself, and joy.

“J. D. didn’t run into any trouble in the air, did he? Someone at the café said the plane pitched forward at one point.”

And sideways and up and backward. Dylan had had no idea a glider
could imitate a roller coaster. Had Clarissa known beforehand what the
cowboy had in mind? She’d argued against him going, and her concern
seemed genuine. None of it made sense. “The control slipped in J. D.’s
hand. I’m not really sure; it’s all kind of a blur.”

He withheld a wince. “I gathered that.”

“I’m so sorry.” Her shyness returned. “He…looks out for me.”

“I know.” Definitely something he wouldn’t forget.

“I know.” He said it softly, no judgment. He’d gathered as much
from Jeff. So why did hearing her say it fill him with such a heady
sense of triumph? When she released her lip and it uncurled, he almost
forgot to say, “If you need to go change, I can stay here and hold down
the fort till you get back.”

She studied him a beat longer than seemed necessary, then glanced at the clock. “Guess I should. I can’t wear my work clothes.”

“No one would notice.” When she furrowed her brow, he hastened to add, “You look great in anything.”

She backed away. “I’ll be back soon.” She hesitated at the
kitchen doors, then disappeared, growing smaller with each swing of the
doors.

Curious, he went to watch through the small window in the
swinging door, then through the kitchen to the back door. She
disappeared again down a path and past a flowery trellis. She lives close by?
He resisted the temptation to follow and instead took a seat at the
coffee bar with his cell. No need to check messages, really. He’d caught
up on the backlog yesterday and taken care of a few more this morning.
Weird that he still couldn’t shake the feeling about the new guy, Randy.
Something about him set off alarms in Dylan’s head, but he couldn’t
pinpoint it. And couldn’t do anything from here, so he’d have to let it
go until he returned.

Within a few minutes, the back door slammed. “I’m back,” Clarissa called. “Want to help me bring out the food?”

“Sure.” He entered the kitchen. Noise at the rear drew him to the large refrigerator, its door wide open.

“Harvey made too much, I think.” She straightened and held three lidded glass containers toward him.

Dylan reached for them but his grasp slipped as he took her all in. “Wow.”

A white flower tucked behind her ear, pale yellow sundress,
Marilyn Monroe-style, tied behind her neck. Backless. Smooth skin over
muscle and bone, her body elegant but with a bearing of strength.

She steadied the containers in his hands. “Whoa, careful. Those are breakable.”

“Sorry. I wasn’t….” Part of a tattoo swirled out from beneath the
dress, and he wanted to find the rest of it. Trace the lines and colors
with his tongue, his mouth.

“Are you all right?”

He gulped. “You look amazing.”

A rose tinge along her cheeks made her even lovelier. “Oh. Thanks.”

If he wasn’t holding these damn containers, he’d grab her instead.

Erin’s Review
When I heard Cate Master’s had another book, I jumped at the chance to review. Only thing is, I shouldn’t have had it on my tbr list for so long! This book is fantastic! Clarissa is independent, sassy, fierce and Dylan is cocky, independent, and happy to fly solo…until he goes to Marfa.
These two are like oil and water. I mean, Dylan doesn’t make it easy for himself, after all, he did mistake Clarissa for a stripper. I’m surprised she didn’t deck him on the spot. The girl doesn’t take sh*t from no one. What I like about Clarissa is that, while it appears she is running from something, she is actually running towards something….home, her own mark in the world. She doesn’t fit the mold in her parent’s world anymore, so she left. That takes courage.
Dylan on the other hand, thinks he has life figured out. He’s successful at his job, hasn’t found Miss Right yet but that’s ok, and his family life is just as messed up as Clarissa’s. What he can’t fathom is why in the hell his best friend would ever quite the corporate grind and move to Marfa Texas to open up a restaurant. Until he gets there.
Marfa has an effect on Dylan, so does a certain blonde. With her he doesn’t seem to be able to do anything right and he isn’t used to that. It’s actually kind of cute to watch him try and try to get Clarissa’s attention to no avail.
Their relationship grows over the short time Dylan is there and they both bring out things in each other that they aren’t sure they are ready to face. Each of them have to come face to face with pasts that they spent years trying to overcome and in some ways, over compensate for.  Can they weather the storm or will they fade in to the distant like the mysterious lights in Marfa.
Love this story and all the characters in it. Just goes to show you that sometimes you have to follow your heart, and you have to trust it even more.