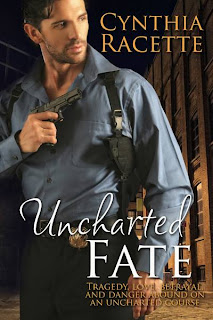 A
young family’s lives are turned inside out when the man of the house,
Michael, is killed by a crazed criminal on his way home from work. Left
virtually without a penny since the family never thought this would
happen and hadn’t planned for the future, the family flounders under a
mortgage suddenly too large, a teenage daughter so traumatized she
wishes it had been her mother inside the twisted wreckage, and a younger
son who believes it is his fault God took his father. Anna has always
been a stay-at-home mother, but now she must become the head of a one
parent family and look for a job, with no experience and an irrelevant
degree. Out of her element, out of money and without her first love,
Anna struggles to cope.


Jeff Thomas is a
divorced detective who brings in Anna’s daughter Mallory when she’s
caught shoplifting and then finds himself entangled in the family’s
trouble. As times goes on, he realizes he’s also falling in love with
Anna. Can he take Michael’s place in Anna’s life and in that of her
family? Before Jeff has hardly begun to try, a dangerous situation in
city hall threatens to determine the fate of the woman he’s come to love
and Jeff is the one person who can save her.

The
doorbell rang. Anna, looking into the mirror over the buffet to make sure her
casual navy dress looked right, jumped. She been uncertain all week if she
really had the nerve to go out, and now that he was here, her anxiety increased
tenfold. A date? How would she ever do it? It’d been fourteen years since she’d
been on a date. Good God. The doorbell rang again.


~~~
Standing
on the front porch, Jeff felt nervous
as
well. It might have been three years since his wife left him, but for a long
time before that he and his ex-wife hadn’t had anything remotely resembling a
marriage. With that kind of history behind him, it was no wonder he’d not gone
on a single date since his divorce. He’d coerced Anna into going out with him because
he knew from his own experience it only got harder the longer you waited.
At
first he’d not gone out because he was hurt and disillusioned. Then his son
went through a rough time adjusting to his mother’s abandonment. Then he
himself endured a long period of depression and self-doubt. Then . . . then . .
.
There’d
always been another reason and yet another. Oh, he’d gone out with friends, and
gone to parties where he’d met and enjoyed the company of some women. But,
asking a woman to go out with him, picking her up at her house, taking her
somewhere and bringing her home; that sort of thing? No.
He
didn’t know why, out of the blue, he had experienced an unprecedented urge to
ask Anna for a date after all this time. For whatever reason, though, he had. And
now, for better or worse, he was here.
He’d
rung the doorbell twice and no one had answered. Was she so frightened of going
somewhere with him that she’d slipped out somewhere with the children in order
not to be home when he got there? He leaned over and peered into the window
beside the door. There were lights on. The door opened as he straightened up.
~~~

Anna
stood fidgeting as she watched Jeff on the doorstep. “Hi.” He wore a
gray suit and he looked quite overwhelming. He was taller than Mike, but
thinner, and his face beneath his gray-sprinkled dark hair was even-featured,
bordering on handsome.

“Sorry
it took me a few minutes to answer the door. I—uh—”
“You
were tempted not to answer it?”
“Uh
. . .” Her eyes flickered for a moment before she looked back up at him.
“You
don’t have to pretend with me, Anna.” He twirled his keys around his
forefinger. “You can be honest about your feelings. I’ve been through an
experience pretty similar to yours and I know how you feel.” One side of
his mouth quirked upwards. “I haven’t gone out much to speak of either and
I’m almost as nervous as you are.”
“We
should be a great pair tonight.”


I want to thank Cynthia Racette for providing an ARC copy of this story so that I could include a review with it.  Also, I want to thank her daughter, Cassandra Carr for leading me to her work!  This is the first story that I have read of Mrs. Racette but I will be looking into her other story soon.


Before I knew what this story was about, the cover drew me in.  A cover is what will lead me to pick up the book and look at the back.  This story caught my attention because of the description but the story itself made the story worth the read.


This story has heartbreak, grief, drug use by a minor, and finding love again.  I truly felt the emotions that Anna and Mallory were feeling while I was reading this story.  My heart broke for Brian when he thought it was his fault that his father was killed that night.  I wanted to grab him and just hold him.  While I understood what Mallory was going through with the death of her father, I wanted to smack that girl for her attitude toward her mom and then again when it came out about her drug use.  I haven’t wanted to smack a character so bad before.

I love that the author allowed the characters to grieve in a realistic way and that she didn’t rush Anna and Jeff into a relationship.  This story made me cry and made me angry, but overall, this story made me feel something.