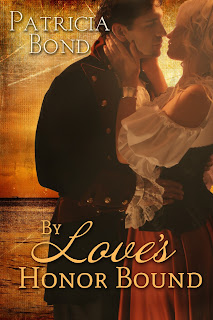 1860
God, it was awful.
The whiskey was bad enough, and the stench of
sour ale, unwashed bodies, and horse hung in the air like a sail in a calm, but
this caterwauling could bring a strong man to his knees.
The girl was pretty, Fenton acknowledged.
Remarkably so. She had blond ringlets, brown eyes, and a pair of delicate rosy
lips pursed in an invitingly kissable shape. But, the noise coming from them
was enough to make one wish for a fence full of toms serenading their lady
love.

He closed his eyes and raked his fingers
through his hair, praying for the singing to stop. Fenton Pierce-Smythe
considered himself a patient man, unflappable and usually tolerant of his
fellow man. Truly, though, this was testing even his limits.
Temperance songs were far from popular fare.
Especially in taverns. Reactions ranged from drunken jeers and catcalls to
being ignored. Fenton admired her courage though, both for her attempt to
redeem the souls of his fellow patrons, and for her actually singing with that
voice. He closed his eyes and pinched the bridge of his nose, wishing he had
the guts to put his fingers in his ears instead.
The singing came to an end, praise God. He
opened his eyes to see the object of his fantasies heading his way with a
coffeepot. As she approached, the color of her eyes became clearer, a deep,
rich brown capable of drowning a man as surely as sable invited one’s touch.
Many souls had been lost for less. He watched her serve coffee at the next
table. Then she was right there, standing by his table.
“Save your soul, sir, and give up the devil’s
libation.”

He raised a brow and looked
from his glass to her face, then slowly smiled. “Only if you’ll stay with me
and keep me from temptation.”