Broken
by Tanille Edwards
~~~~~~~~~~~~~
BLURB:
Meet Milan, a
young supermodel with a disability from New York’s Upper East Side, who falls
deeply in love as she is coming of age. In this romantic drama, the emotional
conﬂict of a girl’s inner soul is revealed as she deals with a ﬁrst love, the
pain of loss, and the pleasures of stardom, all while coping with a lifelong
secret. In the world of Milan, the people are real, the situations are rolling,
and the truth is often concealed. Broken is a racy circle of sisterhood, laced
with a touch of earthiness, glamour, wealth, and fame.
~~~~~~~~~~~~~
EXCERPTS

Many
five-cent bubble gums wrapped in Archie comics? I guess this made me Veronica—I
laughed at the thought.
“I’m
Merek,” he said. I turned around for a second. Sierra was out of sight. Out of
the corner of my eye, I noticed that Cara had made a beeline for Dimitri. Odd,
yet interesting. What did she want with him? What did she want with us, for
that matter? Maybe just to be friends. Was I that rusty at making new friends?
“I’m
Milan.”
“You
seem to know many people from my school,” he said.
“Is
that so?”
“Maybe
I should know you. You go there?” he asked.
“Yeah.
What year are you?”
“I’ll
be a senior next year,” he said.
“Where
did you go before?”
“Beverly
Hills High.”
“A
West coaster! That’s where the wicked tan comes from. Beach bum.” I laughed.
He
had very fine features. His petite nose added to my comic book theory. It was
as if someone had drawn his nose. He had big, manly hands. I noticed because he
kept fumbling with them.
“Well,
not a true, as you call it, West coast boy. My father is a diplomat. I’ve lived
in a few places. For now, we call New York home,” he said.
“Good
choice.”
“Now
that I met you. I will thank my father. New York is a great choice,” he said.
I
felt something about him. Odd.
“Did
you have something to drink?” he asked.
“Chai
Tea Latte is my drink.”
He
stood there for a moment, thinking.
“Uh.
I got it,” he said.
I
watched him walk away. What was I doing? He turned around and walked back
toward me. I bit my lip a little. It’d been two years since I let a guy buy me
anything. And for good reason, I had to remind myself. “I see you came here
with three girls. Do they want something?”
AUTHOR Bio and Links:
Tanille is the co-author and
creator of the children’s green book series “Jordan & Justine’s
Weekend Adventures.” She is also the author of the new media young adult
novel with music “Cameo by Tanille.” Th¬e Undercover Starlet Journal
is a title Tanille created to inspire young women and has extended Undercover
Starlet into brand extensions that appear throughout
her novels. Tanille has been
writing since age 16. She earned an MBA at 21 and graduated magna cum laude.
Links:
http://www.Tanille.com
http://www.facebook.com/TanilleMusic
http://www.twitter.com/MilanParkAve
http://www.soundcloud.com/TanilleMusic
NEW TANILLE ALBUM INCLUDED
Readers get free music
downloads of the new Pop R&B hits “All of Me” and “What’s a
Girl to Do” by Tanille, and more with purchase.
http://www.barnesandnoble.com/w/broken-tanille-edwards/1119705766?ean=9780978730215
http://www.amazon.com/Broken-Tanille-3-Part-ebook/dp/B00KXPZMBO/ref=la_B00LKQCHMW_1_7?s=books&ie=UTF8&qid=1412037114&sr=1-7 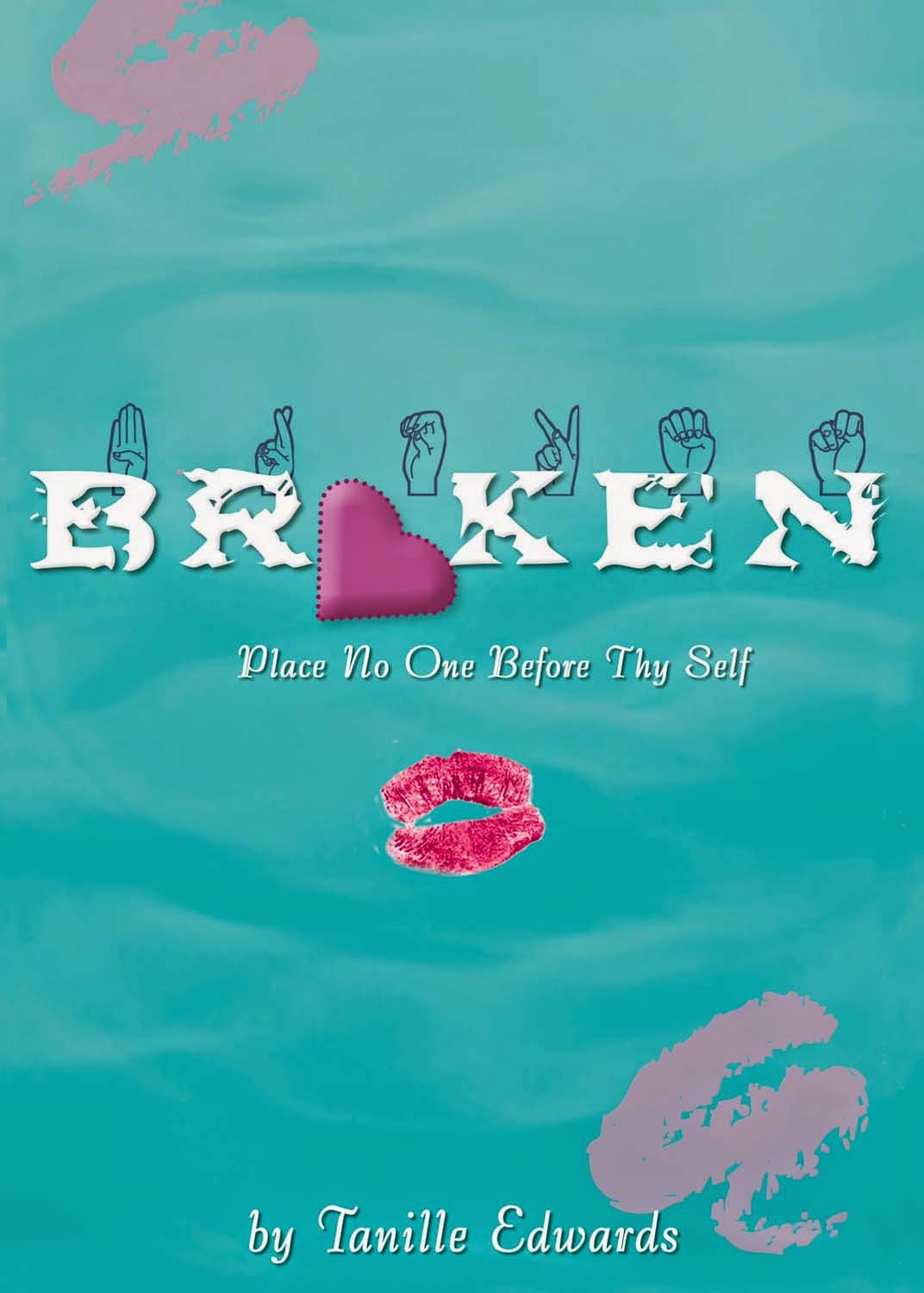 Broken is a Young Adult book with a lot of great messages
for everyone young and old. “Don’t wait for tomorrow. Do it now if you can.” Milan’s Momma would always say to her. Don’t rely on your beauty or judge others
on their looks. Milan feeling broken by the loss of her mother in the terrible
accident, her strained relationship with her father due to him sending her
first boyfriend away to boarding school in Europe, ran away never to want to
come home again. Milan went against what her Momma taught her.  Being a fashion model made her feel
appreciated, vindicated, and most of all she could see her true self come out
through the pictures.  Through out this
story the author takes you back to a time when this family was whole and not broken.
Memories that Milan cherished.
I would rate Broken 3.5 out of 5 kisses.
By Heidi Lynn