Enjoy college-set romances? Authors Annabeth Albert and Cassandra Carr are re-releasing their stories from the Campus Cravings anthology as stand-alone novellas, each now available with brand new bonus content. Special 99 cent introductory price for ONE WEEK ONLY. Check out WINNING BRACKET And THE ELOQUENT JOCK today at all major retailers. 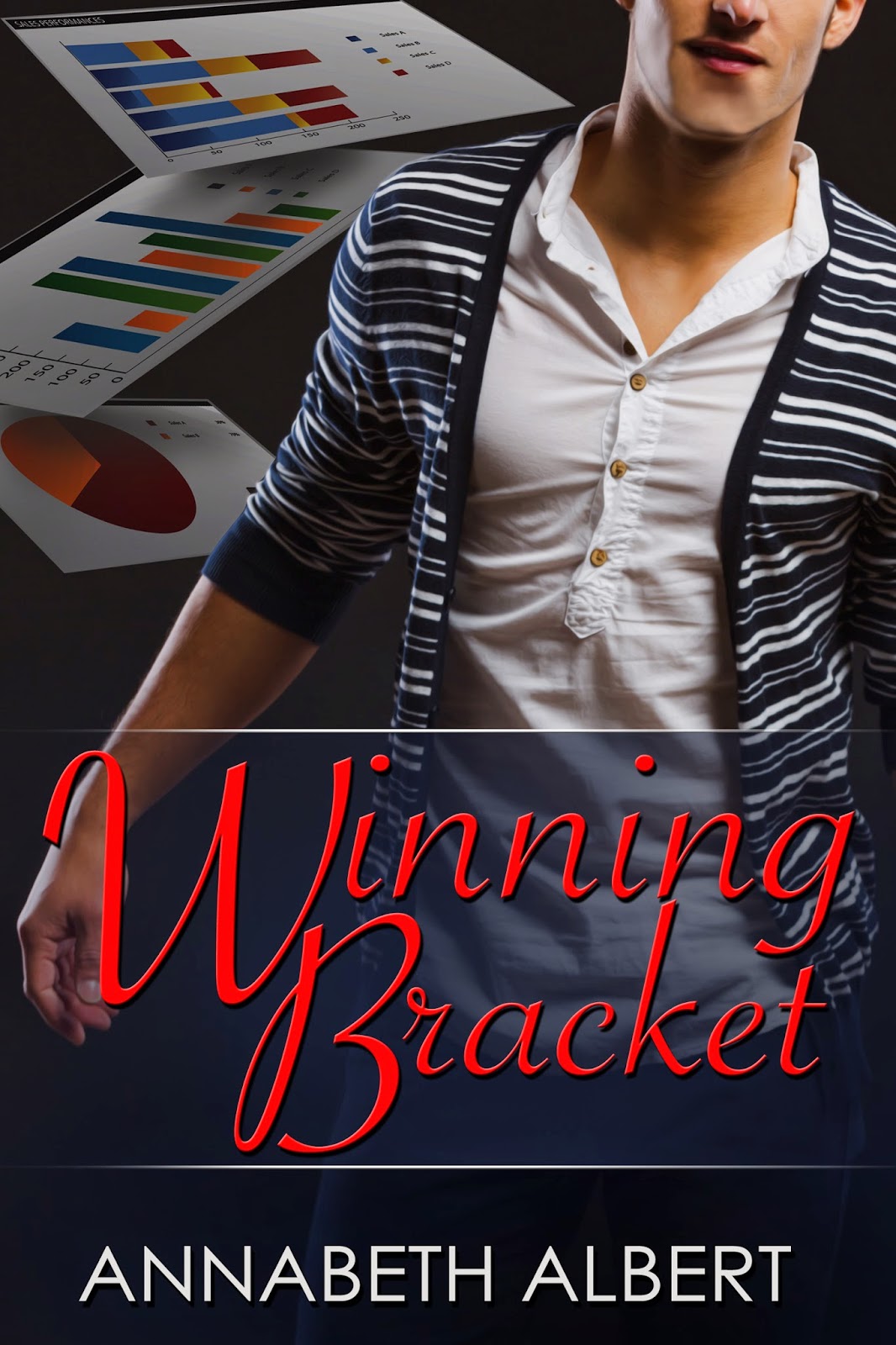 own with a BRAND NEW bonus epilogue! Metrics and tournament brackets—who

knew they were sexy? When competing dorm advisors Edwin and Ollie bet on a

basketball tournament, neither expects he’s risking his heart. As the challenge becomes a

hot bedroom battle to avoid real feelings, the two “frenemies” must change their

definitions of losing to win a shot at lasting love. 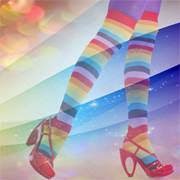 Annabeth Albert grew up sneaking romance novels under the bed covers. Now, she devours all subgenres of romance out in the open—no flashlights required! When she’s not adding to her keeper shelf, she’s a multi-published Pacific Northwest romance writer.
Emotionally complex, sexy, and funny stories are her favorites both to read and to write. Annabeth loves finding happy endings for a variety of pairings and is a passionate gay rights supporter.  In between searching out dark heroes to redeem, she works a rewarding day job and wrangles two toddlers.
Represented by Saritza Hernandez of the Corvisiero Literary Agency
Author Social Links
Website: www.annabethalbert.com
Twitter: www.twitter.com/AnnabethAlbert
Facebook: https://www.facebook.com/annabethalbert
Tumblr: www.annabethalbert.tumblr.com
Fan group: https://www.facebook.com/groups/annabethsangels/ 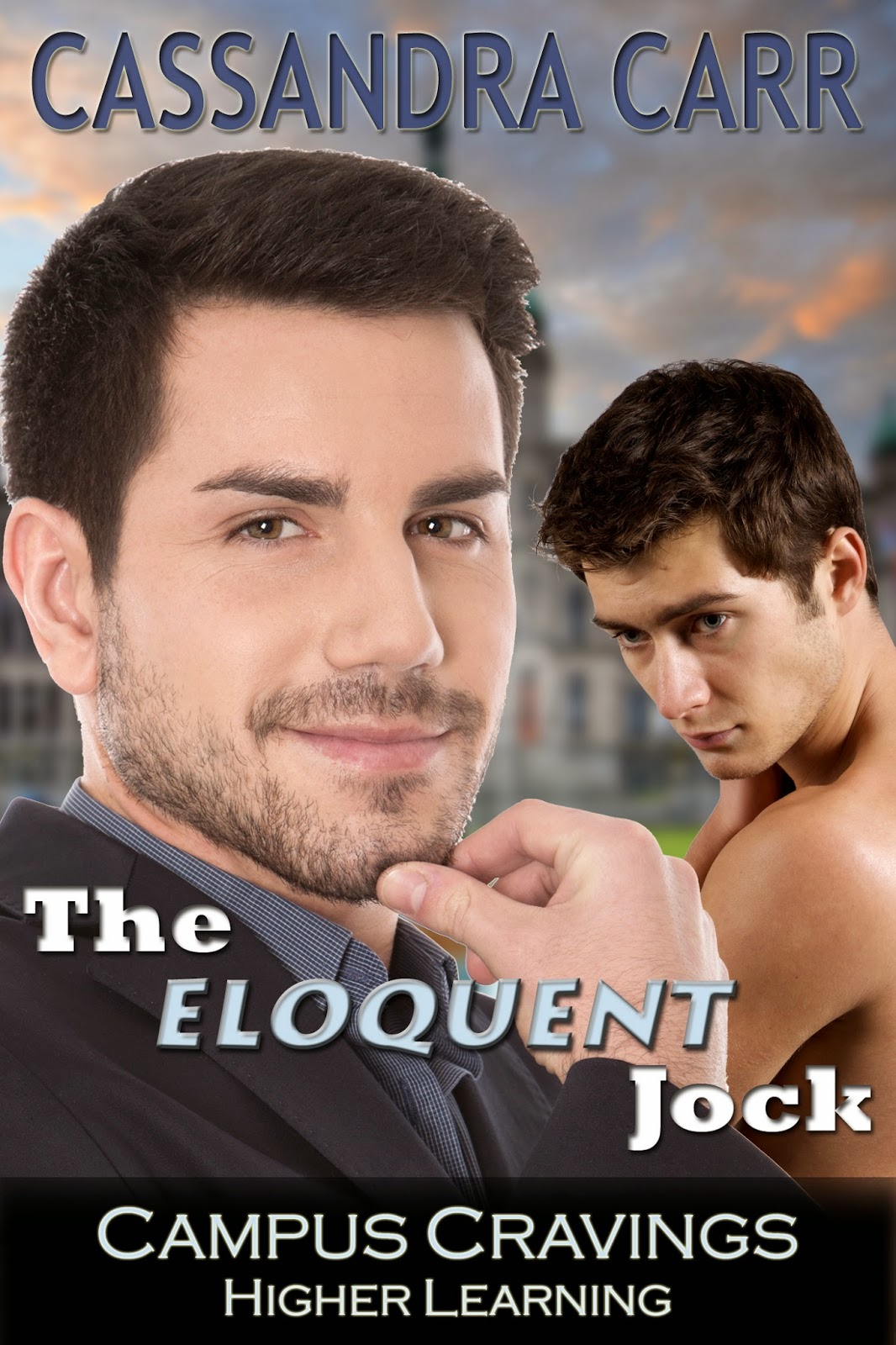 anyone, fearing a possible backlash. Then he’s tapped to be a TA for a hot professor and

feels an immediate connection. Now he must decide how much he’s willing to risk to

The Eloquent Jock
By Cassandra Carr
Review by Heidi Lynn
The Eloquent Jock was the first M/M Romance Novel that I
have ever read by local WNY author Cassandra Carr. Brendon Kohl was an English
Lit major who wanted to do a work study program for Dr. Scott Greenfield. Dr.
Scott Greenfield was a famous murder mystery author in need of a new teacher’s
assistant. His former TA, Terri had been recently forced to leave school when
her grandmother fell and needed care.  Dr.
Greenfield found himself dangerously lusting over Brendon. Dr. Greenfield
wasn’t closeted but he never got involved with or dated anyone from the University
because he knew it would be unethical. Brendon was on the college’s hockey team
and during practice his mind would wander to Dr. Greenfield.  Brendon realized he was more attracted to men
than woman when he got into high school but has never done anything about his
curiosity. His college roommate and best friend Tyler were like brothers. Tyler
would constantly be trying to fix him up with a girl. However, Brendon always
made some lame excuse about being broke or too busy to date. He hated keeping
the secret from him and Dr. Greenfield. So many times he wanted to confess to
Tyler he was gay but had his doubts on his reaction. Nobody knew his true
desires and had to keep his feelings closeted. He wondered if the rumors were
true that Dr. Greenfield was gay. He worked for the professor and he thought he
would never be interested in him. He couldn’t deny his strong attraction for
him anymore. Ever since Brendon’s confession that he was gay the professor
could not get him out of his head. He had been thinking about him day and
night! He wanted Brendon so bad and knew he could not have him. To fight
temptation he just let him alone and let him be. However, that upset Brendon.
So Brendon confronted him and ended up catching the professor off guard and
kissed him. Brendon’s first gay kiss I may add. Where does the story go from
there? You will just have to read the book to find out. Cassandra Carr did a great
job writing this book. I enjoyed reading about the characters, how they both
secretly wanted each other, Brendon coming out to Tyler and to Mr. Greenfield,
and the overall love story. I give this book a 4.5 out of 5 kisses. I look
forward to reading more books by Cassandra. 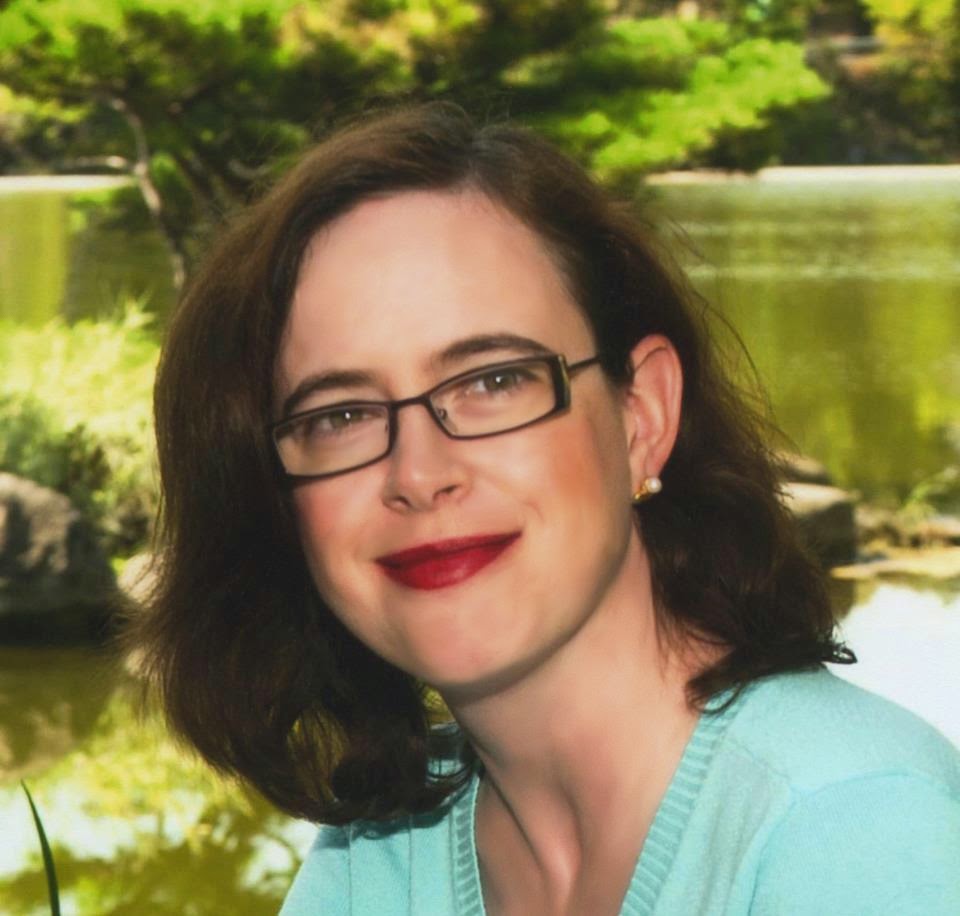