REVIEW: Once Loved by Cecy Robson 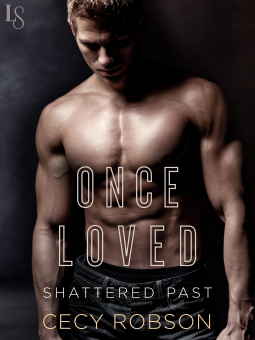 He’s the campus golden boy. She’s picking up the pieces of her broken past. But in Cecy Robson’s scorching novel of second chances perfect for readers of Monica Murphy and J. Lynn their differences only make their connection more explosive.
Every memory Lety Tres Santos has from her childhood comes with a scar some emotional, some physical. Her father is an abusive drug addict, and her mother enables his destructive behavior. College offers Lety a fresh start . . . until her father finds a way to ruin that, too. Now, after losing her scholarship to kick off junior year, Lety must somehow stay in school, pay tuition, and turn a deaf ear to the whispers that follow her. And she intends to do it all without Brody Quaid’s help.
Brody is a lacrosse star, a 4.0 student and as a freshman, he fell hard for the beautiful and spirited Lety. But their relationship crashed and burned because he couldn’t break through the walls she’s put up around her heart. With Lety hurting more than ever, Brody strives to win her back and make her believe in real love and true partnership. That will mean opening up secrets locked away in his own past and trusting someone more than he’s ever dared.
Lety knows how painful it can be to depend on the wrong man. She also knows how much Brody wants to do this the right way. But it takes more than sizzling desire to move on and build a future together.

As always I will first thank NetGalley and Random House Loveswept with providing us with a copy  so that we can bring you this review.
OMG is it possible to be in love with a book? Well if it is this one sure is the one. Lety is a strong independent woman. She proves that she doesn’t need anyone to help her, because she doesn’t want to depend on them. But at the same time she learned along the way that there is nothing wrong with letting others help you and to be there for you as support. I also loved how Lety was willing to live with the wrath of her family, but stood up to Carlos something no one else in her family had done.
Brody, I totally want to kidnap and keep in my basement. He is sexy, loving, loyal and strong, not only physically but emotionally as well. He helps to show Lety that there isn’t anything wrong to just let someone into her heart, and that no everyone is out to hurt her. Even though he has is own past that he doesn’t like to talk about, he accepts Lety’s.
It was also great to see Evie and Teo from Once Perfect in this one. As well as a little more of a glimpse into Sophie and Killian.
I give this story FIVE very solid and hard kisses.
Happy reading… Adri