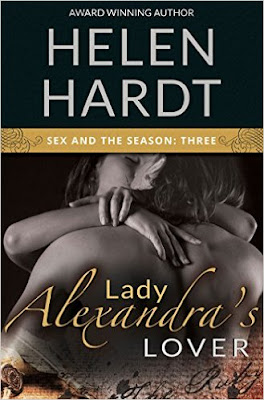 Goodreads Book Link
Synopsis
Lady Alexandra MacIntyre has made up her mind. Having grown up in near poverty, she’s marrying for money—a lot of money—and she’ll do anything to achieve her goal…even get herself caught in a compromising situation by her overprotective and smugly conventional—although achingly handsome—new stepbrother, Lord Evan Xavier.

Evan, the second son of the Earl of Brighton, considers Alexandra a genuine pain in his arse. She’s beautiful, yes, but also headstrong and lacking in social graces and respect for authority. Unfortunately, while his father and her mother are away on their wedding trip, she is his responsibility. When she announces her plan to travel to London, he has no choice but to go along as her protector.

When the two are stranded after a carriage accident, circumstances spiral out of control, and the heat between them can’t be denied. Rescue is on its way, but Alexandra still has her own agenda…
Buy Links
Kindle
Amazon US
Amazon UK
iTunes
Kobo: http://bit.ly/1H7PZa0
Nook
B&N Paperback
PlayBooks
My Review
When I was a teenager, I read every historical romance I could get my hands on. You know the ones I’m talking about, scantily clad woman draped in Fabio’s arms with the most poetic prose imaginable to describe their sex scenes. This book is NOT that kind of historical.
This is also my first step brother book. I was always leery about them because it IS such a taboo subject, but this one is simply amazing. It was barely even a forethought to be honest.
Lady Alexandra is a woman way ahead of her time. She’s such a forward thinker and not afraid to go after what she wants. Her past was wrought with pain and poverty and she is determined not to have to live like that again.
Evan is ever the protector. He is just as headstrong as Alexandra, he just presents it in a different manner. He is a quiet man, with such a sense of honor but sometimes temptation proves to be just too much.
These two together are quite the pair. Alexandra had me laughing with her sassy attitude, I could clearly see why Evan considered her to be a pain. Evan was the perfect match for her, as he didn’t let her get away with anything. He was not afraid to let her see that her plans might not be what she wanted.
The Confessions of Lady Prudence were HOT! They had me blushing more than once. I couldn’t wait to see what else she would write to her dear Amelia. Just wait until you read those!
The book was true to period and really gave the reader a sense of what taboo meant back then.  It goes to show you, just how far we really have come. The book is not all forbidden love and erotica. There is danger and suspense that will have you glued to your seat. It adds an element to the story that I truly felt made the book what it is. The characters are well developed, the plot intriguing, and the sex steamy. What more could you want?  Alexandra is a woman we can all strive to be like and Evan is the hero we all dream about.
This book is a 5+++ kiss read for me and an absolute must read if you love historicals. 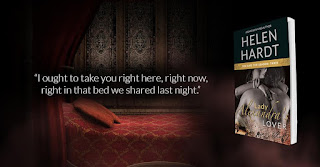 
Lily and The Duke 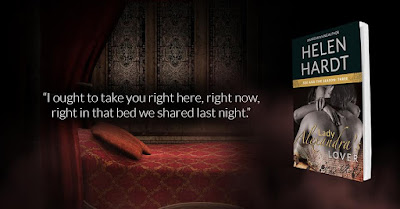