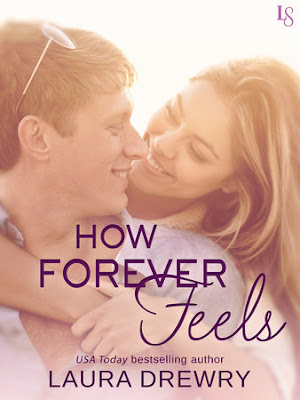 From USA Today bestselling author Laura Drewry comes a warm and witty new Friends First novel—perfect for readers of Jill Shalvis and Susan Mallery. How Forever Feels is a sweet tale about the one that got away . . . and the one that came back.

Maya McKay’s heart is as big as Jack Rhodes’s shoulders are broad. Their chemistry is out of control, but it could never work between them because Jack is more than just best friends with her cheating ex-husband—they’re like brothers. Maya, the sensitive, practical florist, has given up on love and is ready to settle for like. But now that Jack’s around again, he’s stirring up old feelings—and turning Maya’s fantasies into irresistible reality.

Jack blew his chance with Maya years ago when he stepped aside for his best friend, Will, and he’s still kicking himself about it. Maya was promised forever once before, and she got burned. But when Jack realizes that second chances aren’t going to fall out of the sky, he seizes the moment—and the woman he’s always loved—to show her how forever truly feels. 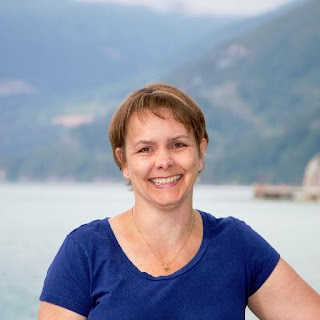 Jack lifted his hands. “Hold on. In his defense, I think they were off at that point but were still . . . Anyway, when I saw Maya and her friend come in, I figured there was no way someone like her could possibly be single, so I kept waiting for some guy to show up. No one did, and I couldn’t just leave her sitting there, looking all kinds of pathetic in her grass skirt and plastic lei . . .” Laughing, he dodged the elbow Maya jabbed at him. “So I grabbed a couple drinks and headed over.”

“Are you freakin’ kidding me?” she asked. “Maya picked Dickhead over you?”

“What?” Maya sputtered as she shook her head. “No!”

“I think you did,” Ellie said. “Sure sounds that way.”

“That’s not what he meant. Jack wasn’t hitting on me, he was—”

“What?” Her tongue froze the second her gaze locked on Jack’s. “You were?”

His warm hazel eyes wide, Jack shrugged slightly and laughed over the rim of his bottle. “There’s only two reasons a guy buys a girl a drink, Snip: He’s either trying to pick her up or he’s trying to apologize.”

“Which one’s this?” Ellie asked, but both Maya and Jack ignored her.

“Oh my God, Jack.” Slapping her hands over her face, Maya couldn’t believe her cheeks could burn that hot and not burst into flames. “Then why did you wave Will over and introduce me to him?”

“I didn’t wave him over; I was trying to wave him off, but then you had to go and smile at him, and that was it. Big goofy dude like me didn’t stand a chance, so I took my sorry self and my stupid piña colada back to the limbo pole.”

“Wow.” Regan couldn’t seem to stop shaking her head. “Just when I thought Dickhead couldn’t be any more of a dickhead.”

It was all Maya could do to look at Jack now, and when she did, it was through a mortified wince.

“Don’t worry about it, Snip. It all seems to have worked out in the long run, right?” His quick wink and teasing grin made her laugh.

“Yeah,” she said, rolling her eyes. “Worked out great.”

“So.” Ellie sat back in her chair and crossed her arms. “He steals your girl and you stay friends with him? What the hell’s wrong with you?”

“Yeah, yeah, yeah. Whatever.” Leaning her elbows on the table, hands folded, Regan sighed dramatically. “Please tell us you’re not still friends with him.”

“Uh . . .” Jack tipped his head toward Maya and pretended to whisper. “Any chance I can lie my way out of this?”

“Great.” Sitting straight up again, he inhaled deeply and nodded. “Then the answer to that would be ‘Yes, Will and I are still friends.’””

Shaking her head slowly, Ellie huffed out a long sigh.

Regan, Ellie, and Jayne nodded in unison, each one doing a horrible job of keeping a straight face as Regan explained what was what.

“Staying friends with him means we’re going to have to hate you on principle, which is too bad, because you seem like a nice guy and I, for one, had such high hopes for you. Sorry.”

“No, of course. Completely understandable.” Always a good sport, he bobbed his head in solemn agreement. “But before you have me lynched, would it do my case any good if I was to . . . I don’t know, just spitballin’ here . . . maybe pick up the tab tonight?”

“Don’t listen to Regan.” Unable to hold her grin back any longer, Ellie gave Regan a gentle shove and leaned closer to Jack. “I knew I was going to like you, Jack. Now let’s see what we can do about racking up that tab a little while you tell us all your secrets.”

She flagged Shelley for another round.

A flash of panic skittered across his eyes as he lifted his bottle; it was a look Maya had seen before, the same one he got whenever anyone wanted to make him the focus of the conversation.

“Well, that shouldn’t take long,” he finally said. “Snip’ll tell you how boring I am.”

Maya sighed over a smile. “Because he thinks I’m like a snippet of a full-grown person.”

“Well, come on,” he teased. “You’re what, four foot nothing—you’re like a hobbit.”

“I’m five two!” Maya sat up as straight as she could when everyone else at the table raised their eyebrows at her. “I am so!”

Still blowing her off, they all sat back a little so Shelley could clear the empty glasses and replace their empty peanut bowl.

“And Jack isn’t even a little bit boring,” Maya said. “He has degrees in both creative writing and media arts and he designs videogames.”

Halfway through what she was saying, Jack leaned back, looked behind her, around her, and then under the table.

“What are you looking for?”

“Pom-poms.” With an exaggerated eye roll, he turned back to the others. “I don’t design the games, I just write parts of the scripts for some of them; the rest of the team makes the games work.”

“Just?” Jayne asked. “I’d guess the script is equally as important as everything else about the game.”

“Thank you, Jayne.” Maya stared pointedly at Jack as she spoke, as if that would somehow finally help to get it through his head. “I’ve tried telling him that about a hundred times.”

As I always do, thanks go first and foremost to Tasty Book Tours, Netgalley and Random House Loveswept for providing us with a copy of this book so that we could bring you this review.

Ok even though Ms. Drewry doesn’t say it, I think this is the last book in this series. I mean I don’t know where she can get any other characters from, now don’t get me wrong there are other characters, small secondary characters we have seen throughout the series, but not big characters for this particular series… maybe we see a spin-off. But anyway Im getting off topic. I think we might be done. And for me particularly I think she saved the best for last. Though I loved how all 4 books went, Ellie and Jack’s to me was the sweetest. Maybe it had a lot to do with the way these characters were to begin with. Jack is so sweet and loving and sacrificing. While Ellie has gone through so much, has grown so much throughout the series. She is in such a great place to accept love at this point. Though I will admit I was kind of hoping she would have ended up with Griffin Carr, but I do see how Jack was just perfect for her and this series. Through most of the book I had smiles and happy warm feelings, it was just a couple of places where I hurt so much for the characters, which made me think this is the perfect book for those readers who just like the warm and fuzzy without too much drama.

Well I will leave you all here, because really I don’t want to give too much away… I give this book 5 flowery kisses…