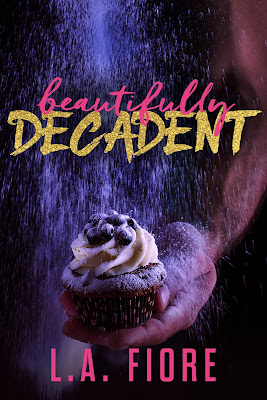 Avery Collins has just landed her dream job, pastry chef for the posh-Manhattan restaurant, Clover. Her new boss, Trace Montgomery, even helped with securing her an affordable place to live: a beautifully restored carriage house owned by his friend, Rafe McKenzie—a man that makes her catch her breath and stirs her imagination. Trouble is, he’s involved with someone, his father is being released after 25 years in prison and Avery is just his tenant. Exploring the attraction that sizzles whenever they’re together would be the icing on the cake, but Avery knows all too well that you can’t have everything. Of course, what’s cake without icing?
Rafe McKenzie’s world shattered at nine when his father Liam—the only parent he knew—was arrested and convicted for armed robbery. Growing up in the system, Rafe managed to survive his childhood and now has a job he enjoys, a house he’s restoring and a tight circle of friends. He’s even working on reconciling with his dad, both eager to put the past in the past.
Happy for the income a tenant would bring, Rafe agrees to rent his carriage house to Clover’s new pastry chef. When Avery Collins pulls up his drive, she’s not at all what he’s expecting. Funny, sexy and as sweet as her desserts, it doesn’t take long for things between them to heat up. Just when it seems as if they’ll have their cake and eat it too, the past comes back with deadly intent leaving Rafe to figure out who’s pulling the strings before his world shatters again.

“I simply connect with this author’s style of writing and the witty and passionate romances that she pens.” – Reader Review

“LA Fiore has a way of writing magic on the page.” – Novel in Heels

Don’t try to put this book in to a box because it just doesn’t fit. It has a little bit of everything, romance (of course), humor (if you don’t like Avery, then I question your sense of humor), suspense, and a dog that is my spirit animal.

This is the first book of this series that I have read and I could kick myself for not reading the others. These characters will have you laughing one minute and blushing the next. I loved the humor because it wasn’t over the top. Several times I was shaking my head laughing because I could picture myself in Avery’s shoes.  When it came to Rafe, I, much like Avery, couldn’t get enough. He is one of those characters that could have gone one way (dark) but didn’t and you love him even more because of it. He didn’t  have the easiest childhood but has turned his life around.  He and Loki – who in my opinion, is the best dog ever- have established quite the life in Riverdale.  Then along comes Avery to turn the tables upside down.

Where the book took me by surprise was the suspense story line. It didn’t overpower the story one bit, if anything, much like curry in Avery’s peanut butter cookies, it enhanced it. There were twists that I didn’t see coming.  Telling you anything will spoil the plot and this is one you have to experience for yourself.

If I had to describe the feeling that this book gives you, I would have to say…it feels like home. Great friends, a love story that isn’t always perfect, a little drama to keep things interesting, and a dog that is part of the family. It’s a perfect read for this summer.

L.A. Fiore is the author of several books including: Beautifully Damaged, Waiting for the One and A Glimpse of the Dream. She’s also the social secretary for her two children, a tamer of ill-mannered cats, the companion to one awesome dog and married to her best friend. She likes her wine red, her shrimp chilled and her social gatherings small and intimate. 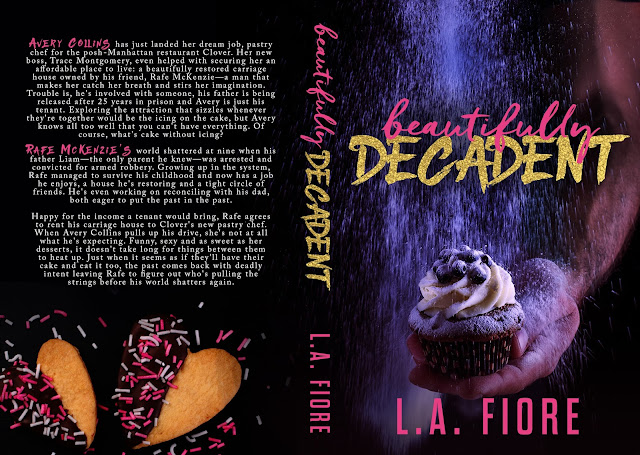