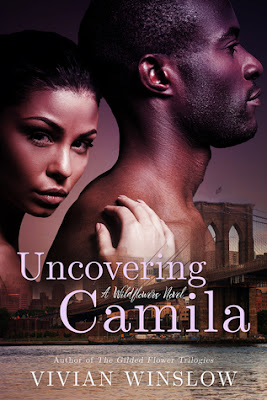 Goodreads Book Link
Synopsis
Camila Cohen is a highly ambitious and driven third-year NYU law student who works as a part-time bartender to help pay her way through school. She prefers no-strings attached relationships, afraid that anything serious could get in the way of her goals. But when chef Eliseo Perez ditches her for a job in Miami, she realizes even a casual arrangement can leave you feeling burned. Just as Camila’s close to accepting a position at the high-powered law firm of Sullivan & Moore (more appropriately known by its initials, S & M), her uncle Arthur, the head of the Cohen Real Estate dynasty, makes a proposal that compels Camila to question the career path she’d always assumed would be right for her. As she attempts to balance her busy final year of law school with her bartending job, what should have been a random Tinder date for a hot hook-up leads to something unexpected. Meeting the incredibly brilliant and handsome Marshall James forces Camila to face her greatest fears and realize that creating a life for herself means making decisions that could potentially hurt the ones she loves.
Buy Links
Amazon US
Amazon UK 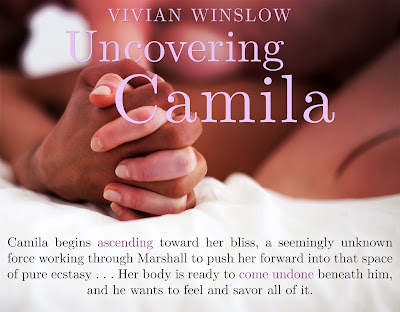 My Review
Vivian Winslow is one of my favorite authors. Every book she writes immerses you in to the characters lives like no other author can.  Uncovering Camila is the third book in the Wildflowers series but can be read as a stand alone. I love that this book seems to be a bit more character driven than the others.
Camila is probably one of my favorite female characters of Vivian’s.  She is strong, independent, and yet, she’s afraid to let someone in. Marshall is delectable. He is her equal in every way. From their talks about Emily Roebling to their amazingly hot chemistry, these two will set your Kindle on fire.  But it isn’t all sexy times and geek talk, these two have some serious work to do.  Camila has some soul searching to do to figure out exactly what she wants.
I finished this book in a day, that’s how much I loved it. I cannot wait for the next book from Vivian
I give Uncovering Camila 5 delectable kisses

Author Bio
Elizabeth Ann Hayes writes Romance under the pen name Vivian Winslow. Elizabeth was born in San Diego, California but has spent most of her adult life as the consummate wanderer. Her nomadic life took her abroad to Paris, Madrid, London, Hong Kong, Los Angeles, and São Paulo. After eleven moves across four continents over a span of seventeen years, her journey brought her back to New York City in 2011 where, despite the chaotic pace, she’s managed to make it home for herself and her family.
Since 2014, Elizabeth has published nine novellas in her Gilded Flower Trilogies as well as two installments of Wildflowers, a New Adult series of standalone novels. These contemporary romance books are female-driven with strong, beautiful and intelligent women as well as diverse characters, reflecting her own multi-cultural heritage. 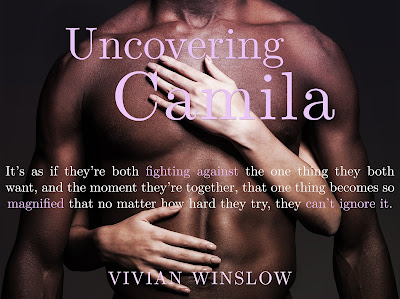 Sexcerpt
Camila turns her body to face Marshall. Lifting her hand, she runs a finger down the side of his face. He catches her hand and trails kisses around her palm. From there he runs his tongue up her index finger and sucks. He continues to suck on her fingers relentlessly, each one stirring her craving for sex even more than the last. She smiles to herself. This dare will be far easier than I thought.
She sits astride Marshall on the bench, careful not to tear her dress. “You sure about this?” He asks.
“Why do you ask?” Camila rubs his cock from outside his trousers. “You want to hear me say that I want to be with you?”
“Yeah, I do,” he replies before crushing his lips against Camila’s. Like last time, this kiss blows her away with its intensity, as he alternates between tender caresses and biting her bottom lip. Unlike last time, there’s an undercurrent of desperation behind it because they both know the weekend will end and their City lives will resume, where neither one will be able to touch the other. Somehow that prospect of it ending before it even begins drives them further into the moment, passion superseding all reason and doubt.
Camila doesn’t speak right away. She wants her kisses to speak her desire for her. For her tongue to find his and to stroke it the way he stroked her pussy that morning in her apartment. She brings her hands to his face, gripping him with the intensity of a lover who’s saying both hello and good-bye. It’s truly liberating to own this level of freedom with someone knowing that the present is all they have. She can feel his erection grow and press against her cunt, growing slicker with every kiss and lick against her lips. Camila draws his left hand under her dress so he can feel her desire.
Marshall moans into the next kiss, taking her deeper as he buries two fingers inside of Camila. She cries out silently, only a jagged breath shattering the stillness around them. Time has literally ceased to exist in this moment between the two lovers as they continue to climb toward their mutual pleasure. Camila lowers the zipper of his pants, freeing his cock. Marshall hisses as she begins to stroke him. What he wouldn’t give to feel himself inside her warm mouth right now. He groans as he bites down on Camila’s lips, remembering how it felt when she took him deep inside her. He starts to penetrate Camila faster. He wants to fuck her this way and so many others right here on this bench. How perfect and poetic to have someone like Camila on the Baron estate where he’d lost his virginity to Dahlia, the eldest of the twin daughters, all those years ago in the pool house. To bring such light to a place that represents so many memories from his past fills him with such a sense of peace he doesn’t want it to end.
Marshall takes out his fingers and licks them before putting them in Camila’s mouth. She sucks on them hard. The idea that these fingers were just inside her pussy drives her further into her lust. She lowers herself over his cock, prepared for how deep he would go and how far it would stretch her. This time her eyes are open, watching the look of pleasure on his face as she takes him fully.
His moan is louder than it should be, but neither of them cares. She rides him slowly this time, with greater purpose than before. Each time, she wants to feel him deep inside her, and he wants to savor it too. Marshall pulls Camila tight to him, burying his groans into her mouth, his kisses conveying a warmth and gratitude for tonight, for that morning in her apartment, and for feeling so fucking good at this moment.
He buries his face in her breasts as he continues to thrust into her. Her cries match his. Both are so close to coming, but neither of them is ready to. The reality after the fact will hit them both, and they want to push it away as long as they can. Marshall wraps his arms around her tighter, unable to edge any longer. “I’m going to come,” he whispers.
Camila nods as she rides him harder, lifting herself off, and slamming down so she feels it in her G-spot. She draws a deep breath, finally reaching that deep abyss as Marshall stops thrusting and lets himself go.
Giveaway
a Rafflecopter giveaway