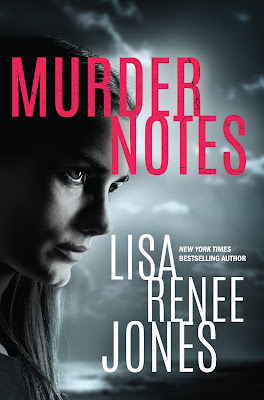 New York Times bestselling author Lisa Renee Jones’s heart-pounding thriller of a woman’s secrets—and a past that’s about to come out of hiding…
As an FBI profiler, it’s Lilah Love’s job to think like a killer. And she is very good at her job. When a series of murders surface—the victims all stripped naked and shot in the head—Lilah’s instincts tell her it’s the work of an assassin, not a serial killer. But when the case takes her back to her hometown in the Hamptons and a mysterious but unmistakable connection to her own life, all her assumptions are shaken to the core.
Thrust into a troubled past she’s tried to shut the door on, Lilah’s back in the town where her father is mayor, her brother is police chief, and she has an intimate history with the local crime lord’s son, Kane Mendez. The two share a devastating secret, and only Kane understands Lilah’s own darkest impulses. As more corpses surface, so does a series of anonymous notes to Lilah, threatening to expose her. Is the killer someone in her own circle? And is she the next target?

I scan the ocean, expecting it to turn to blood, but it simply crashes to the shore.
I turn to the house and take a step, then stop abruptly, a shadow flickering by the house. A shiver runs down my spine. There it is again. Another shadow. Someone is there. It’s then that I flash back to being on this very sand, with Kane grabbing my arms and saying, “I’ll take care of it.” And I let him, and did so without asking questions, until it was too late to change the outcome. Because I was weak that night and he was strong. But I am not weak anymore.
I pull my weapon and start running for the house, wind in my hair and face, my heart thundering in my ears, and I don’t stop until I’m staring at the blood splattered all over the patio glass, some kind of note pinned in the center. Adrenaline surges through me, but I am in my Otherworld now. I retain my cool. I walk to the patio door, using the end of my shirt to open the door, and then I systematically search every inch of the house. When I know I’m alone, I walk to my bag, pull on gloves and then walk back outside, yanking the note off the door. Returning back inside, I lock the door and pull the blinds and then I open the note. At the top is the alphabet, pasted in paper letters, with an X across the letter A. The note reads:
A is for the Apple a day that keeps the doctor away. But a doctor couldn’t help him, could he?
I KNOW.
My Review
Romantic suspense has always been my first love when it comes to reading. It was my go to for years and I devoured everything Lisa Jackson, Nancy Bush, Lisa Gardner wrote. Now I can add Lisa Renee Jones to that list.
Lilah Love is fierce! She is a tell it like it is, no nonsense, kind of girl that thrives on getting in to the mind of the most depraved people. While she comes off as cold and calculated, you come to find out she’s a lot more complicated than you first thought. To me, it seemed she is so meticulous with her work because the rest of her life is such a hot mess.
The plot is intriguing and will keep you guessing right up until the cliff hanger ending. For me, it had a bit of everything….crime families, potential political scandal, a brooding former lover that is helping you hide a secret, famous people keeping up appearances….all taking place in the playground of the rich and famous…the Hamptons.
Lilah’s sarcastic wit was a good contrast to Kane, the aforementioned brooding former lover. These two are hot with sexual tension and unresolved feelings. I can’t get a good read on him yet. Is he good? Is he bad? I can really understand Lilah’s frustration with him, because you just don’t know.
Murder Notes is definitely one of my top reads of the year so far and I can’t wait to get more of Lilah Love 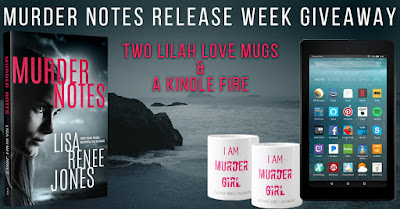 To celebrate the release of MURDER NOTES Lisa is giving away TWO Lilah Love Mugs PLUS a Kindle Fire Tablet! 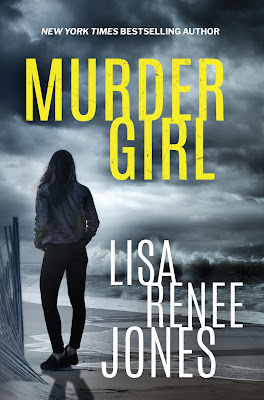 New York Times bestselling author Lisa Renee Jones returns with the second book in her electrifying series featuring Lilah Love, an FBI profiler who doesn’t fight her dark side—she embraces it.
It’s Lilah Love’s job to inhabit a killer’s mind. The unapologetically tough FBI profiler is very comfortable there. But her latest case is making her head spin. It’s a string of brutal assassinations carried out across the country, each tied to a mysterious tattoo. Body by body, she’s followed the clues all the way back to her hometown. And every step of the way, the killer has been following her.
Here, beneath the glamour of the privileged Hamptons community, is a secret long buried but never forgotten. It’s bigger than Lilah. It’s powerful enough to escape the reach of the FBI. And it’s more personal than anyone can imagine. Because it’s hiding in Lilah’s own past. To fight it, she’s forced to turn to her lethally tempting ex, Kane Mendez. He’s an expert at bringing out Lilah’s darkest impulses. If she plans to survive, she’s going to need them. 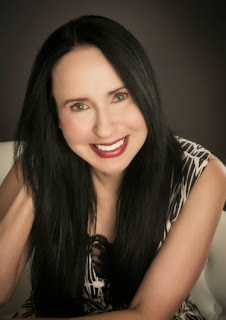 New York Times and USA Today bestselling author Lisa Renee Jones is the author of the highly acclaimed INSIDE OUT series.
In addition to the success of Lisa’s INSIDE OUT series, she has published many successful titles. The TALL, DARK AND DEADLY series and THE SECRET LIFE OF AMY BENSEN series, both spent several months on a combination of the New York Times and USA Today bestselling lists. Lisa is also the author of the bestselling DIRTY MONEY and WHITE LIES series. Presently, Lisa is working on her Murder Girl/Lilah Love series to be published by Montlake.
Prior to publishing Lisa owned multi-state staffing agency that was recognized many times by The Austin Business Journal and also praised by the Dallas Women’s Magazine. In 1998 Lisa was listed as the #7 growing women owned business in Entrepreneur Magazine.