I needed to get out of town but didn’t have a car.
He had nowhere to go and offered to drive.
Forty-eight hours was all we were given.
A lifetime wouldn’t have been enough.

She had something of mine.
And I was determined to get it back.
I thought it was just my car she’d stolen.

I had no idea she’d captured my heart as well.
ADD TO GOODREADS 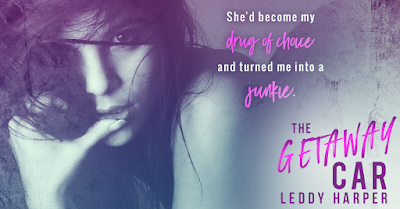 Purchase Links
AMAZON US / UK / CA / AU
Free in Kindle Unlimited
My Review
This story is so different than most out there. It’s instalove with fast paced intrigue, suspense, and a story that is told over three parts that will keep you on the edge of your seat.
Maggie and Talon were electric. I’m not usually one for instalove, but this works with these two. The circumstances surrounding how they meet are nothing short of a disaster. Both running from their demons, they begin a two day trip that will change their lives forever. There are so many twists and turns in their story. There is an air of desperation throughout the book that helped shaped both characters in to who they are. Love Rerouted will take you on a wild ride that you won’t want to get off of 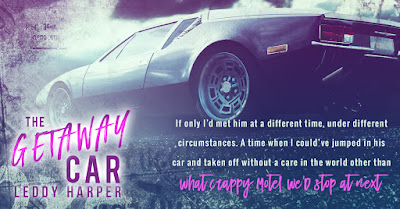 Leddy Harper had to use her imagination often as a child. She grew up the only girl in a house full of boys. At the age of fourteen, she decided to use that imagination and wrote her first book, and never stopped.

She often calls writing her therapy, using it as a way to deal with issues through the eyes of her characters.She is now a mother of three girls, leaving her husband as the only man in a house full of females.

The decision to publish her first book was made as a way of showing her children to go after whatever it is they want to. Love what you do and do it well. Most importantly Leddy wanted to teach them what it means to overcome their fears.